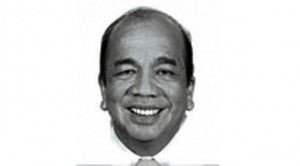 MANILA, Philippines — The executive agencies that got money after the pork barrel funds of Congress were removed from its 2014 budget and then realigned to other government offices should come out with guidelines on how the public could avail of services or assistance, Cavite Rep. Elpidio Barzaga said on Wednesday.

Barzaga in particular called on the Department of Health, Department of Labor, Department of Social Welfare and Development, and Commission on Higher Education to draw up the mechanisms to ensure that lawmakers’ constituents would be able to get medical and burial assistance, scholarships, and skills training, which they used to get through the Priority Development Assistance Fund or congressional pork barrel.

The P25-billion PDAF fund was removed from the 2014 budget after allegations surfaced that at least P10 billion of the funds were pocketed by officials and their cohorts, via a scheme using bogus non-government organizations.

Aside from the DOH, DOLE, DSWD, and CHED, the Department of Education and Department of Public Works and Highways also got money when the PDAF was excised from the budget and the funds were realigned to executive agencies.

“Until now, there are no clear rules and regulations and our constituents are inquiring. Part of the SC ruling is for the Executive to find solutions to ensure that the services offered by the lawmakers’ PDAF will continue,” Barzaga said in a statement.

He hoped the agencies would not take long in coming up with the guidelines, since many of the lawmakers’ constituents have urgent medical needs.

He also said 248,000 scholars from 73 legislative districts were adversely affected by the Supreme Court’s ruling, which also halted the release of lawmakers’ P14.27 billion pork in the second half of 2013.

Barzaga said lawmakers themselves were at a loss on what to tell those seeking help from them, since there were no guidelines on how they could avail themselves of services.

Earlier, House appropriations committee chair and Davao City Rep. Isidro Ungab said pork barrel scholars still had a chance of receiving funding for their education under the 2014 budget because it has a provision stating that the CHED should ensure that scholars whose funding came from other sources should continue to receive assistance.