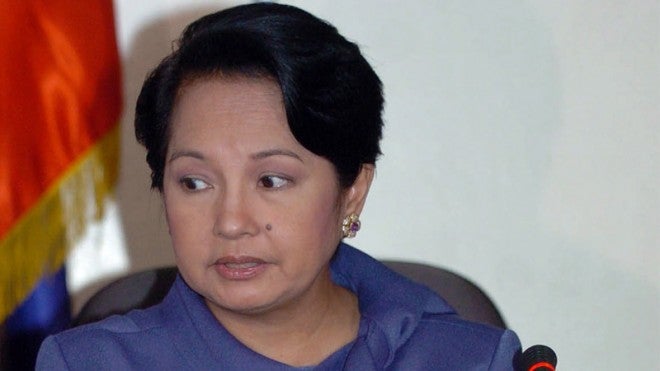 MANILA, Philippines — Former President Gloria Macapagal-Arroyo received well wishes and a rosary from retired Lingayen-Dagupan Archbishop Oscar Cruz, one of her most vocal critics during her presidency, when he visited her in detention Saturday morning.

Cruz dropped by the Veterans Memorial Medical Center in Quezon City for an hour-long visit, after sending word a few days earlier that he wished to see the former chief executive, who now represents Pampanga in Congress, according to Arroyo’s chief of staff Raul Lambino, who was present during the visit.

Cruz was not the only VIP visitor on Saturday. Arroyo’s Vice President, radio/television news anchor Noli de Castro, also dropped by to see her for the first time at the VMMC, said Lambino. De Castro arrived just as Cruz was leaving.

Previous high-profile visitors at the VMMC were former President Fidel Ramos and former President and now Manila Mayor Joseph Estrada, who was detained in the same hospital when he faced plunder charges.

Arroyo is detained at the VMMC on a charge of plunder stemming from alleged misuse of Philippine Charity Sweepstakes Office funds.

Lambino said Arroyo had no problem receiving Cruz, saying that she had taken his criticism of her constructively.

He said that during the hour-long meeting between Cruz and Arroyo, the discussions were “very Christian, very cordial, open, and frank.”

According to him, Cruz asked about the former President’s health and how she felt about her situation, and Arroyo explained her doctors’ findings and discussed how she was feeling pain in some parts of her body due to problems with her nerves.

The retired archbishop also asked how long Estrada was detained at the VMMC when he was facing plunder charges, and Arroyo told him that it did not last for long since he was soon allowed to be under house arrest in Tanay. Cruz also spoke of an aborted plan to visit Arroyo in Lubao, he added.

Lambino said politics was not discussed during the meeting, where dinuguan, (blood stew), rice cakes, mangoes, suman, and chestnuts were served.

Before the meeting ended, Cruz gave Arroyo a rosary as a gift.

Last month, Cruz backed calls for Arroyo to be granted Christmas furlough out of humanitarian considerations, and saying there was no reason to deny such a request. But Arroyo did not file a motion asking for such a furlough from the Sandiganbayan, where she is facing a plunder case.

“If the two former leaders of the past administration come together, there are politics and governance to discuss,” Lambino said.

But he declined to say whether the former officials were critical of the Aquino administration’s handling of the disasters.

Lambino said the visits of Arroyo’s former critics could signify a desire for unity and reconciliation.

“I think this is the call of the times for a more forgiving and united nation. And everybody must work and join hands to help build the nation after the devastation,” he said.

He said several other personalities had sent word that they intend to visit Arroyo at the VMMC, but he declined to name them so as not to preempt their plans.