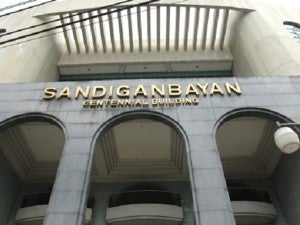 MANILA, Philippines – The Sandiganbayan has allowed the family of former President and Pampanga Representative Gloria Macapagal-Arroyo to spend the holiday season with her, Inquirer Radio 990AM reported.

The court, however, clarified that Arroyo’s family will have to stay at the Pampanga representative’s suite at the Veterans Memorial Medical Center (VMMC) in Quezon City.

Arroyo, who is under hospital arrest for electoral sabotage, asked the court to allow her family to stay with her during Christmas and New Year.

In a 10-page motion, Arroyo asked Sandiganbayan that she be allowed to enjoy the holidays with her family and for the visiting hours at the hospital to be relaxed.

Starting December 9, the Philippine National Police restricted visits to Arroyo. Her husband Jose Miguel Arroyo had been prohibited from staying overnight and has been asked to leave the hospital compound by 9:30 p.m.

“We want to thank the court and the prosecution for not opposing it,” said lawyer Anacleto Diaz, Arroyo’s lead counsel.

Lawyer Raul Lambino, Arroyo’s chief of staff, welcomed the decision, which came after the Philippine National Police amended and adopted stricter rules for visiting Arroyo at the VMMC.  No visits are allowed on Mondays.  The rules prohibited Arroyo’s husband, Mike, from staying overnight with his wife.

“Kami ay nagpapasalamat sa miyembro ng Sandiganbayan na pumayag magkasama- sama sila (Arroyo family) sa VMMC (We thank the members of the Sandiganbayan for allowing them to be together at the VMMC),” Lambino said.

Lambino said the former leader was happy about the decision.

According to Lambino, her life is now in danger following complications from her cervical spine surgery.  Arroyo’s attending doctors had already testified in court on her worsening medical condition.

The court said the order would be subject to other rules and regulations that could be imposed by the PNP-Police Security and Protection Group (PSPG).

“Accused Arroyo is hereby directed to submit to the PNP-PSPG at least one day before December 24, 2013, the list of the immediate family members who be staying in her (detention) quarters,” the order said.

The ruling came as a surprise because of the repeated denial of Arroyo’s requests in the past of a Christmas furlough to be with her family as well as her motion to post bail for the plunder charge she has been facing for allegedly misusing P365.9 million in confidential and intelligence funds of the Philippine Charity Sweepstakes Office (PCSO). Nine other former top officials of PCSO and the Commission on Audit have been named co-accused in the suit. With a report from Cynthia Balana