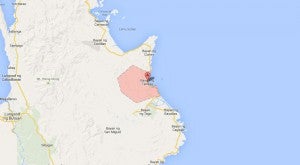 SAN FRANCISCO, Agusan del Sur – Personal grudge is seen as the motive behind the killing of a radio station supervisor in Tandag City.

Judith Suarez, station manager of Sure FM and a close friend of slain broadcaster Michael Milo, said the victim told her that he and his wife had been having serious marital problems over her alleged affair with a policeman.

Milo, 34, supervisor of the Prime FM, was driving his motorcycle when was shot dead by three gunmen who were also on board a motorcycle on his way home at 4:30 p.m. last Friday. He was rushed to the Adela Sierra Ty Provincial Hospital but was declared dead on arrival by attending physicians.

“He told me several times that he had received death threats through text messages and he believed these were coming from his wife’s lover,” Suarez said.

Suarez said the marital conflict had become so serious that Milo decided to carry a .45 caliber pistol.

But Suarez said the police have been eyeing some other personal grudge possibly from business deals since Milo was promoting and selling “Doc Alternatibo” herbal medicines through the radio station.

Suarez said Milo was a good-natured person but she heard that the victim would sometimes engage in a fight whenever he was drunk.

Milo used to be the bureau chief of Periodico SurSur, a local newspaper, and was active writing for the regional tabloid before he helped establish the radio station primarily aimed at promoting the products of “Doc Alternatibo.”

Milo was fond of writing exposés, said Rodrigo Catoto, a local newspaper publisher who once employed Milo as a provincial correspondent for Surigao del Sur.

“He was not loud; you can say he was nondescript and kept to himself almost every time,” said Catoto. “When I heard that he was killed, I was surprised to learn he worked for radio.” With reports from Danilo Adorador III, Inquirer Mindanao

US urges Philippines to prosecute killers of journalists