Palace: Cops must stop sale of US ready-to-eat meals 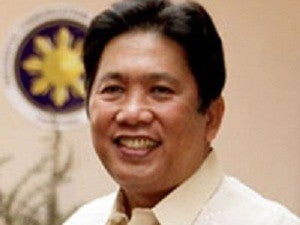 MANILA, Philippines—Communications Secretary Herminio Coloma on Wednesday said law enforcement agencies should investigate and enforce the law if it is proven that ready-to-eat meals from the US government were being peddled in local markets.

(“Of course we want proper assistance for our people that is pursuant to the law. It is the obligation of our law enforcement agencies to investigate any violation, as well as to enforce the law,” he said at a televised press conference in Malacanan Palace.)

Coloma said the Philippine National Police should know what to do.

Media reports earlier said that US military Meals-Ready-to-Eat (MREs) were being sold in some stores in Metro Manila for around P220 apiece.

MREs are food rations distributed by the US government for their military personnel in the field. Also used in emergency situations, packs of MRE were included in the relief goods sent by the US Agency for International Development (USAID) for the victims of Supertyphoon “Yolanda.”

Commercial resale of MREs are prohibited but in addition to those reportedly sold in the market, packs are also being offered in online shops or auction sites.