Angara to give up ‘pork’ funds 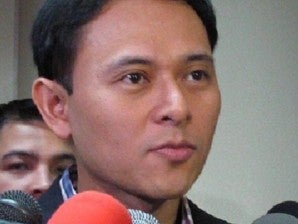 “I’ve decided to also give up my PDAF without realignment,” Angara said in text message to reporters on Sunday.

He said he would write Senator Francis “Chiz” Escudero, chairman of the Senate committee on finance, to inform about his decision.

The committee had given all senators until November 11 to submit their recommendations how they would like to utilize their “pork” next year.

“Consistent with my long-standing advocacy for more Filipinos to have better access to quality education as well as with the Senate Resolution No. 202, which I filed on August 26,2013, calling for the abolition of PDAF for senators and for the appropriation of additional funds for education, I believe our country needs to dramatically increase its public investment in education, particularly higher education, if we hope to be competitive as individual Filipinos and as a nation,” Angara added.

The other neophyte senator who gave up her PDAF next year is Grace Poe.

Aside from Angara and Poe, four senators have also decided to give up their pork next year.