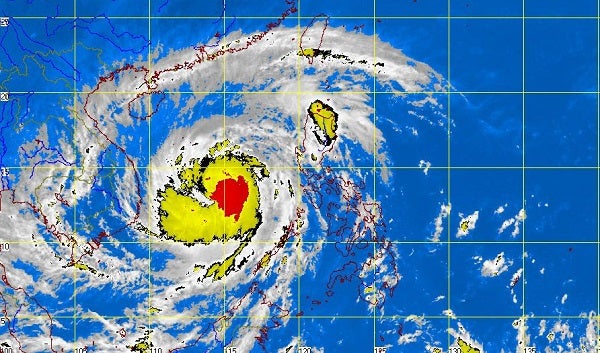 HANOI – Vietnam has started evacuating over 100,000 people from the path of Super Typhoon Haiyan, state media said Saturday, after the storm tore across the Philippines leaving scores dead and devastating communities.

Haiyan (Philippine name: Yolanda), one of the most intense typhoons on record, slammed into the Philippines Friday with maximum sustained winds of about 315 kilometers (195 miles) an hour. It is expected to make landfall in central Vietnam early Sunday.

Authorities have begun mass evacuations in central Danang and Quang Ngai provinces, the Tuoi Tre newspaper said, as the country goes on high alert in the face of the massive storm.

Many schools in the affected area have closed and people from vulnerable low-lying coastal villages are moving to temporary typhoon shelters set up in public buildings on high ground, state media said.

Although Haiyan is expected to weaken slightly, it is still considered a super typhoon with the potential for “complicated developments”, said Prime Minister Nguyen Tan Dung at an urgent meeting Friday.

Dung, who is personally overseeing preparations for the super typhoon, has called all Vietnamese vessels back to shore and ordered hydropower reservoirs to step-up safety measures “to limit the consequences in terms of human and materials”, a notice posted on the government’s official website said.

National flag carrier Vietnam Airlines has advised passengers to be prepared for flights to be interrupted or cancelled on Sunday.

The scale of the damage wrought by Haiyan in the Philippines was still emerging Saturday, with many of the worst-hit towns cut off from communications, but early reports suggested mass casualties.

Over a hundred bodies were visible around the airport in Tacloban, the capital of eastern island of Leyte, according to aviation authorities.

Huge waves whipped up by Haiyan were believed to have been one of the main causes for the deaths in Tacloban and the nearby coastal town of Palo, while communities across the central Philippines also believed to have suffered serious damage.

Read Next
‘Yolanda’ to exit PH; heads for Vietnam
EDITORS' PICK
Metro Manila to remain under COVID Alert Level 2 until December 15
IATF tightens border control, suspends entry of fully vaxxed nationals from ‘green’ countries
Legarda: Ending Violence Against Women, a cause for all
Duterte open to making jabs mandatory; Cabinet mulls ‘pressuring’ the unvaccinated
Villar Group gears up for AllValue Shopping Party on Dec. 3; around P 1-million promos and discounts up for grabs
A delightful blessing!
MOST READ
Quiboloy warns of ‘much worse than Omicron virus’ if his ‘persecution’ is not stopped
Bongbong Marcos’ conviction in tax case not a crime involving moral turpitude — lawyer
IATF tightens border control, suspends entry of fully vaxxed travelers from ‘green’ countries
Marcoleta defends pol ads on ABS-CBN
Don't miss out on the latest news and information.