Albay consumers vote on how to save power co-op 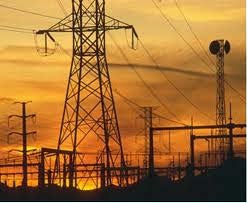 LEGAZPI CITY, Philippines—Some 100,000 customers of the Albay Electric Cooperative (Aleco) were expected to troop to various designated voting precincts across the province for Saturday’s referendum on which option—Private Sector Participation (PSP)  or Cooperative to Cooperative (C2C)—to adopt in rehabilitating the debt-ridden co-op.

The exercise, which is being supervised by the Department of Energy, is expected to lead to the rehabilitation of Aleco, which its creditors nearly P4 billion.

At least 23 voting precincts in public elementary and high schools were to remain open from 8 a.m. to 3 p.m. Saturday to accommodate voters in the 15 towns and three cities of the province, said Aleco spokesperson Alvie Boral.

Boral said nine voting precincts were set up in the first District of  province consisting of the towns of Tiwi, Malinao, Malilipot, Bacacay, Sto. Domingo and Tabaco City.

He said there were six voting centers in the second district made up of the towns of Daraga, Camalig, Manito, Rapu-rapu and Legazpi, while  there were eight voting precincts in the third district consisting of the towns of Guinobatan, Jovellar, Pio Duran, Oas, Polangui, Libon and Ligao City.

Boral said Philreca, made up of  19 electric cooperatives across the country, has dispatched some 106 staff members  to assist and man the various referendum committees organized at the precinct, district and provincial levels.

He said some P2 million would be spent to finance the referendum.

Voters would be required to present valid identification cards and an electric bill in order to cast their votes.

At stake in Saturday’s referendum is the PSP  option whereby San Miguel Corp. Global Power Holdings (SMCGPH) as a concessionaire would manage Aleco and infuse P1.2 billion as operation and capital expenditure to be able to manage the co-op for 25 years and assume its close to P4 billion in debt to creditors.

Under the C2C scheme, on the other hand, Aleco would be managed by the Benguet Electric Cooperative (Beneco), whose advocates said has an excellent track record in managing an electric cooperative.