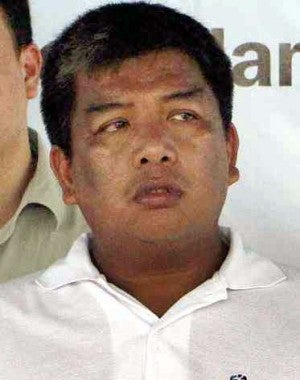 COTABATO CITY – To avoid getting embroiled in controversy, lawmakers in the Autonomous Region in Muslim Mindanao are back-tracking on an earlier plan to revive their regional version of the controversial congressional pork barrel.

Hataman abolished the DIP fund in 2011, along with his office’s Regional Impact Project (RIP) fund, in the wake of discoveries of ghost projects all over the five-province autonomous region.

There were also reports that the RIP and DIP funds had become milking cows for many regional officials.

Aside from the two funds, Hataman had also taken the Provincial Impact Project (PIP) fund of the region’s five governors off the region’s annual infrastructure budget.

Previously, the apportioning of the annual infrastructure budget to take into account politicians’ pet projects had been 30 percent RIP; 40 percent PIP and 30 percent DIP.

In an earlier interview, Hataman said he was talking with regional lawmakers to make them understand why the corruption-laden pork barrel funds should not be restored in the annual regional budget anymore.

The ARMM legislature passes two annual budgets, one for infrastructure and the other for operating and other expenditures, including salaries and wages.

Hataman said that if regional lawmakers insisted on allocating funds for their pet projects, he would veto such provisions.

Sinsuat said there were no new efforts to restore the controversial fund for regional lawmakers or for Hataman and provincial executives.

“Financial resources would instead be spent according to the expenditure programs of the ARMM’s Department of Public Works and Highways,” he said.

“No renewed efforts to revive the annual sponsorship by assemblymen in the spending of the region’s infrastructure subsidy,” Kasim quoted Adiong as saying.

Adiong, like other assemblymen, had said he wished “constituents, through their representatives, would have participation in determining which projects can best help alleviate poverty in their communities.”

But he added “we do not need pork,” just the assurance of public participation in project determination.