(Fifth of a series) 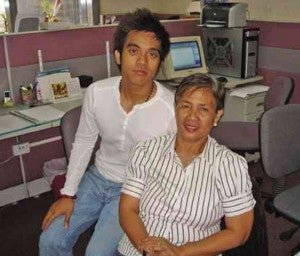 At least P900 million from royalties in the operation of the Malampaya gas project off Palawan province intended for agrarian reform beneficiaries has gone into a dummy nongovernment organization (NGO), according to an affidavit on a P10-billion racket submitted to the National Bureau of Investigation (NBI).

“There were no deliveries of supplies for listed beneficiaries for the Malampaya funds,” according to the document executed by Marilyn Suñas, one of six whistle-blowers on the alleged scam said to have been carried out by Janet Lim-Napoles, president and CEO of JLN Corp. that is being investigated by the NBI.

Affidavits earlier made available to the Inquirer and interviews with whistle-blowers indicate that a large portion of the multibillion-peso scam over the past 10 years allegedly masterminded by Napoles came from the Priority Development Assistance Fund of Senators Ramon Revilla Jr., Juan Ponce Enrile, Jinggoy Estrada, Ferdinand Marcos Jr. and Gregorio Honasan and 23 members of the House of Representatives.

All the senators denied involvement in the racket involving ghost projects and 20 bogus NGOs.

Suñas, 59, said she was assigned by Napoles as president of People’s Organization for Progress and Development Foundation Inc. (POPDFI). She claimed that apart from being assigned as head of the dummy NGO, she also acted as the project coordinator of JLN and the Department of Agrarian Reform (DAR) in the Malampaya fund project.

The DAR, then headed by Secretary Nasser Pangandaman, was the implementing agency of the oil funds. His assistant secretary, Narciso Nieto, was the signatory of the tripartite memorandum of agreement (MOA) for the distribution of the P900 million funds from Malampaya.

Other signatories of the MOA were local government units involved in the Comprehensive Agrarian Reform Program (CARP), which has been underfunded and which has forced many beneficiaries to sell their lands.

Suñas explained that the LGU was supposed to be the recipient of the agricultural kit supposedly supplied by the dummy NGO.

“But no delivery was ever made, all the receipts were manufactured for the liquidation of the funds,” Suñas said.

When asked by the Inquirer if Pangandaman and Nieto were involved in the scam, Suñas said: “Based on the vouchers received by the NGO, they were also the signatories. We do not know what is the agreement between them and Ma’am Janet.”

She added that 12 dummy NGOs were made recipients of the Malampaya funds.

Suñas said that based on the MOA, the NGOs were supposed to deliver agricultural packages that were also bought from JLN companies, the Jo Chris Trading and TNU Trading. Suñas maintained that the money received by the NGO was all remitted to Napoles, who has denied any wrongdoing.

Pangandaman and Nieto were not immediately available for comment.

Agrarian Reform Secretary Virgilio de los Reyes said that even before the issue on the Malampaya fund broke out, the Commission on Audit had created a team to look into the matter.

De los Reyes told the Inquirer that for the past four or five months, a COA special audit team had been looking into the fund.

The agrarian reform secretary said that he was waiting for the results of the audit and the COA recommendation, adding, “We will proceed from there.”