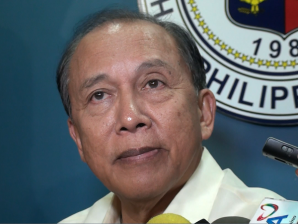 MANILA, Philippines — House minority leader Danilo Suarez will insist on having a congressional inquiry into the Quezon shooting incident which left 13 people dead.

“How can you forgo a congressional resolution of a member?” he asked.

(This would be forgotten again. For us, the checkpoint is a safety comfort, but now your heart will beat a little faster upon seeing a checkpoint,)

He said that he will push for House Resolution 2987 which calls on the House panels on local government and public order and safety to look into the shooting incident in Quezon province.

“Once the bill is read on Monday, it will be referred to the two committees. By Wednesday we can hold hearings,” Suarez said.

He said that Interior Secretary Manuel “Mar” Roxas II will need to step up his actions over the incident and “chop some of the heads… if he wants to improve his image in terms of being on top of the situation.”

“It is definite that some heads will have to roll,” said the House leader.