Greenpeace asks DENR to step up measures vs water pollution 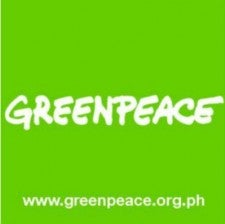 MANILA, Philippines–While lauding efforts of the Department of Environment and Natural Resources in addressing water pollution, an environmental group sought giant strides from the agency particularly the implementation of a mandatory pollution disclosure of chemical waste produced by factories.

In a statement, Greenpeace Southeast Asia toxics campaigner Abi Aguilar said, “Designating Water Management Quality Areas (WQMA) to some of the country’s rivers and waterways is a good move. But we need to see bigger steps in pollution prevention if the DENR is serious in fulfilling its mandate to keep our waterways clean.”

She pointed out, citing data from the DENR, that water pollution is among the biggest problems affecting the country with as many as 50 of 421 rivers considered biologically dead or contain no oxygen and cannot sustain life.

Aguilar added, “We urge DENR Secretary Ramon Paje to immediately eliminate chemicals already identified as hazardous and implement pollution disclosure for companies that dump their wastes and by-products in our bodies of water.”

She said that the declaration by the DENR of WQMAs meant that the water systems require serious protection and management action by the local government and its stakeholders.

There are currently eight WQMAs, including: the Sinocalan-Dagupan river system in Pangasinan, the Marilao-Meycauayan-Obando river system and areas within the Laguna Lake Development Authority’s jurisdiction in Luzon, the Tigum-Aganan watershed and the Iloilo-Batiano river system in the Visayas, the Silway River and the Sarangani Bay in Mindanao, the San Juan River system in Metro Manila, and most recently, the Taguibo River in Agusan del Norte.

Based on the WQMA designation under the Clean Water Act, the DENR and the stakeholders address the water quality problems, sources of pollution, and the beneficial use of the receiving water body. They also determine what control measures to institute to effectively achieve water quality objectives or improvements.

Greenpeace has been calling for the establishment of a pollution release and transfer register (PRTR) policy that would afford communities and other stakeholders the right to access information about pollutants. The policy has been instrumental in preventing pollution in Japan, Australia, and Canada.

Aguilar said that the DENR currently has no complete data on which factories are discharging toxic chemicals into rivers and lakes while communities are not privy to what are contaminating their water supply.

She emphasized, “Now is the time for Secretary Paje to identify and investigate the pollution hotspots in our river systems. If a PRTR is in place, then industries or facilities would be more careful with their discharges into our waterways. This is an important first step in the elimination of hazardous chemicals in manufacturing operations and ensuring public safety.”

To prevent water pollution, the environmental group suggested for the DENR to expand the priority chemicals list to include those already identified that might affect health and the environment; to speed up the elimination of priority hazardous chemicals with specific timelines; and to immediately set up a PRTR.

Likewise, Greenpeace urged communities to remain vigilant on the operations of factories in their respective localities to protect their own water systems and to seek better government policies for safer water.