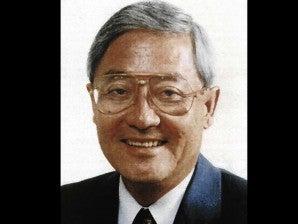 Ombudsman Conchita Carpio Morales on Thursday ordered the filing of criminal charges against 22 former officers and executives of state-owned Development Bank of the Philippines (DBP) and three private individuals, including businessman Roberto Ongpin, in connection with two loans amounting to P660 million granted to his firm in 2009.

The case stemmed from a complaint against the 25 respondents for violations of the antigraft law and other banking regulations. It was filed in August 2011 by DBP represented by its chair, Jose Nuñez, and its president and chief executive officer, Francisco del Rosario Jr.

The new DBP management said the accused allegedly participated in the grant under relaxed concessions of P660 million in “behest” loans used in the purchase of DBP-owned shares in Philex Mining Corp., all orchestrated in a span of less than a year.

The Senate also investigated the transactions.

They were charged with violation of Section 3(e) of Republic Act No. 3019, or the Anti-Graft and Corrupt Practices Act, in relation with the grant of a P150-million credit line to DVRI.

The charges against Benilda Tejada, Josephine Jaurique and Justice Lady Flores were dismissed for insufficient evidence.

Contacted by the Philippine Daily Inquirer, Ongpin, who is in Europe, said he had yet to read the resolution of the Office of the Ombudsman.

“All I can say now is it is incomprehensible how a transaction in which the DBP earned some P1.4 billion, when the loans to my companies were fully secured and in fact paid ahead of schedule, can ever be adjudged by anyone as being unfavorable or having caused injury to the government,” Ongpin said.

“I have instructed my lawyers to oppose this judgment vigorously.”

He said the transactions were done completely “in good faith.”

“In fact, if you look at it, you’ll see that the profits of the bank for these deals constituted almost a third of its income for that year,” he said.

David said the filing of only two charges among the many complaints filed by the present DBP management reflected how weak the issues being raised against him are.

Nonetheless, the former DBP president said he would “respect the process” and take remedies available to him under the legal system.”

The review resolution pointed out that a majority of DVRI shares were registered in the name of Manalo and the firm’s paid-up capital amounted to only P625,000, while most of GMC’s equity was owned by Boerstar Corp. whose shares are, in turn, held in majority by GAME Equities Inc.

The resolution added that Manalo and Torres were GMC’s president and treasurer, respectively, but Ongpin was the chair and shareholder of GAME.

The resolution noted that in November and December 2009, Ongpin and David were directors of Philex. Ongpin was a former DBP director and is a known associate of then DBP president David.

The resolution further stated that DBP extended two loans, P150 million and P510 million, in April 2009 and November 2009, respectively, to DVRI, even though DVRI was undercapitalized.

It also noted the following: