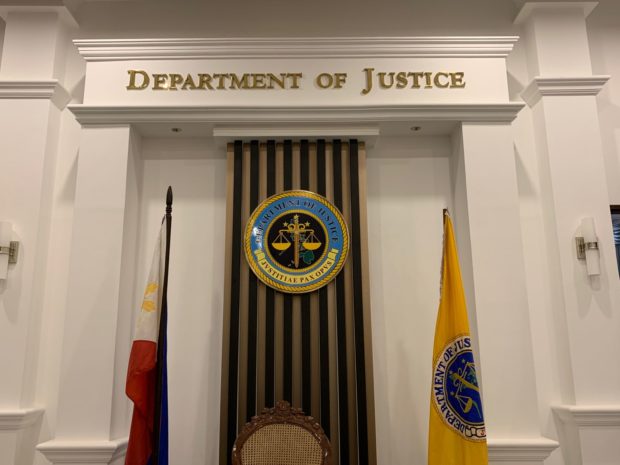 MANILA, Philippines — The Department of Justice (DOJ) has dismissed for lack of evidence the complaint of human trafficking filed by the police against three Philippine offshore gaming operators (POGOs).

The companies were earlier implicated as authorities investigated the ordeal suffered by over two dozen foreign nationals who were rescued in a raid last year.

A DOJ panel of prosecutors cleared MOA Cloudzone Corp. (MCZ), Oriental Group of Co., and Shuang Ma Co. of allegations that they conspired to lure the foreigners — 23 Myanmarese and six Chinese nationals — into working as “online scammers” in the Philippines and detaining them in horrendous conditions once in the country.

Of the 29 rescued foreigners, only 13 were listed as complainants.

The DOJ panel ruled for a dismissal based mainly on two grounds: The claim that the complainants were working for one of the Pogos (MCZ) was “never substantiated’’ and the identity of the job recruiter who brought them into the country was never ascertained.

The complaint stemmed from a September 2022 operation of the PNP Women and Children Protection Center that freed the 29 foreigners from a house at Concorde Village, Barangay Tambo, Parañaque.

They were allegedly recruited in January by a certain “Christine,” a Myanmarese citizen, to work as call center agents in the Philippines. Upon arriving in the country in March, however, their passports were confiscated by Christine and they were instead forced to work as online scammers at Oriental Group in Pasay City for 14 hours a day, without being paid for months.

They were made to create profiles on Tinder, Grindr, and OkCupid where they tried to entice clients to invest in cryptocurrency.

When they protested, they were transferred to MCZ, also in Pasay City, in June but were given the same job.

According to the PNP, they were locked up in a room where they were regularly given a beating, sometimes tortured with live wire, while being denied food and water.

Christine and another person identified only as “Chinese Boss” threatened to hurt them if they failed to meet quotas.

Christine allegedly demanded P550,000 per person from those who wished to return home. Later, the foreigners were “sold” to Shuang Ma Co., a company said to be based in Cavite City, for a sum of P3.49 million.

As to the suspected conspiracy among the three POGO companies, the DOJ panel said “mere allegations by the complainants [are] not evidence.”

“There is nothing in the record that demonstrates any presence of express agreement among the respondents to illegally traffic the complainants,” it added in an 18-page resolution.

The complaint gave two other names to refer to Christine — “Christine Chue Ni Quian” and “Chue Thiri Ngon” — but the panel noted that the person’s true identity was never established.

“[E]ven if the commission of the crime is given there can be no conviction without the identity of the malefactor being likewise clearly ascertained,” it said.

Pogos’ annual contribution to economy accounts for 1% of GDP — Gatchalian

Pagcor: No Pogo-related criminal activities for over 3 months