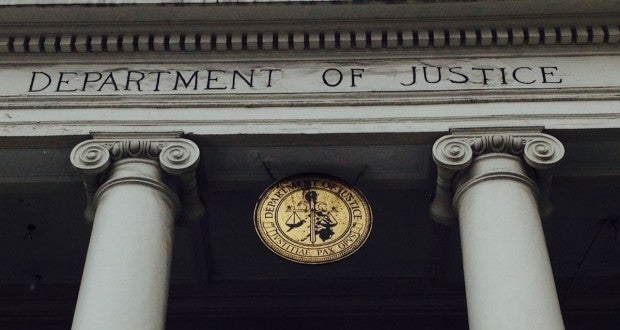 MANILA, Philippines — The Department of Justice (DOJ) has indicted a foreigner involved in trafficking other foreigners to work as scammers in the Philippines.

Indicted was Chue Thiri Ngone — also known as Christine Chue Ni Quian or Christine — for qualified trafficking in persons under Section 4(j) in relation to Section 6(c) of the Anti-Trafficking in Persons Act of 2003 (Republic Act 9208).

The complaining witnesses said they were lured by job opportunities in the Philippines through a Facebook post by Christine. They were interviewed through Telegram.

They arrived separately — some in April 2022, while others arrived in June and August 2022.

Then they were transported to a private village in Parañaque where they were briefed about their work.

However, the complainants said none of the jobs they applied for materialized. Instead, they were made to work as scammers, requiring them to create profiles on dating apps like Tinder, Meet Me, Top Face, Waplog, Jaumo, Tan Tan, Hinge, Happn, Mingle 2, Top Face, Wink, Summer, Muslima, Grindr, Skout, and Ok Cupid.

Using dating apps, they would chat and recruit clients to play online or buy crypto USDT from exchange apps like Binance, OKX, Coinbase, and Trustwallet. The proceeds would then be transferred or invested into platforms controlled by Christine.

Complainants said that, whenever they failed to meet the quota, they were fined P100 to P200, required to do 200 sit-ups, electrocuted, beaten, starved, and threatened to be sold to another Chinese company.

“Trafficking in human beings, if only to emphasize the gravity of its hideousness, is tantamount to modern-day slavery at work. It is a manifestation of one of the most flagrant forms of violence against human beings,” read the DOJ resolution.

The resolution further stated that “all the elements of the offense were established by the acts of one respondent only, Christine.”

“As a matter of fact, the trafficking offense should be qualified as it is committed on a large scale,” it further stated.

The complainants were rescued by the Philippine National Police Anti-Kidnapping Group (PNP AKG) on Sept. 27, 2022, in Paranaque City.