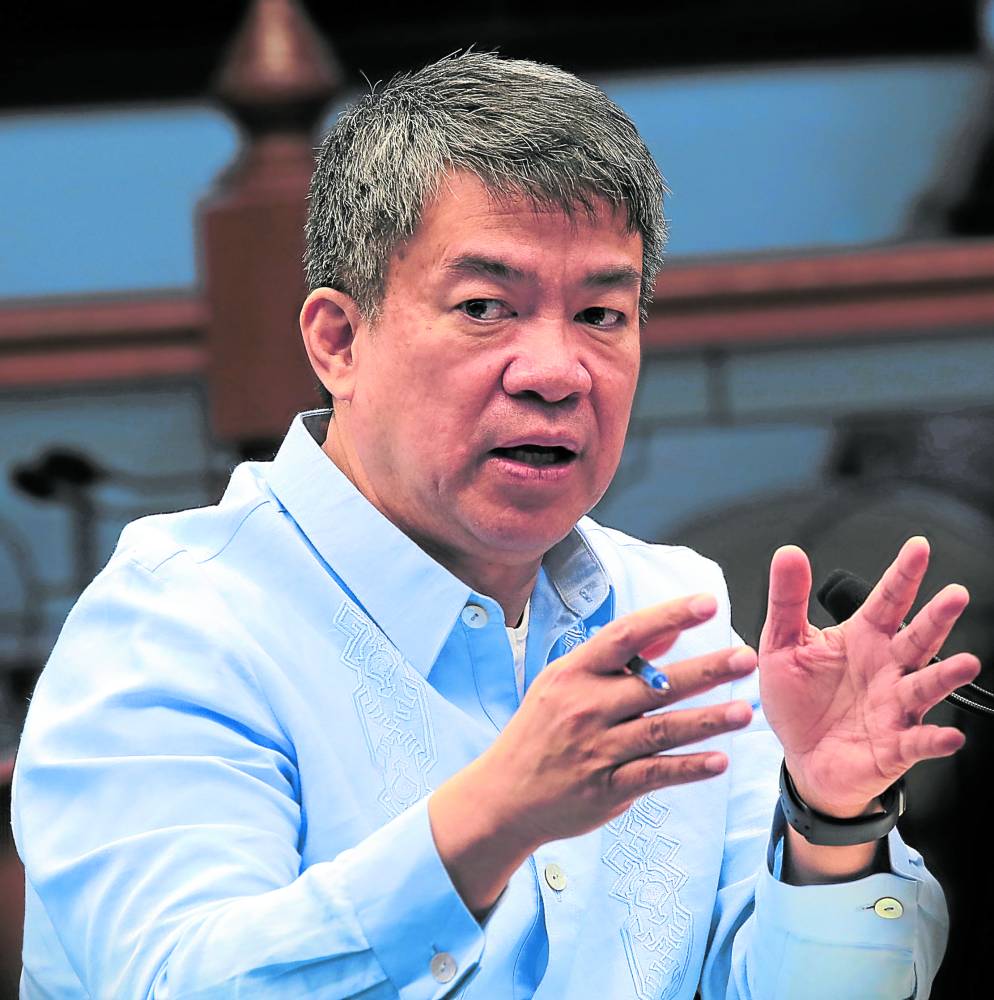 MANILA, Philippines — Senators clashed on Wednesday over the committee referral of the Maharlika Investment Fund bills filed in the Senate and House of Representatives.

During the plenary session, Senate Minority Leader Aquilino “Koko” Pimentel III raised that the Maharlika bills are more appropriate to be tackled by the committee on government corporations and public enterprises.

Senate Bill No. 1670 and House Bill No. 6608, both seeking the Maharlika Investment Fund creation, were earlier referred to the Senate committee on banks, financial institutions and currencies.

“I think the correct and proper committee to be the primary committee would be our committee on government corporations and public enterprises,” Pimentel said.

“Undoubtedly, the two bills create a GOCC (government-owned and -controlled corporation), but it does not create a bank, it is not about currency, but is it about the third subject matter of financial institution under the committee that we referred it to? Hindi po (No),” he added.

“If I’m not mistaken, what’s being established here is a financial institution of government. It’s a funding source. It  would be used for funding mechanism and therefore, on the face of it all, it seems more appropriate to leave it with the committee on banks and financial institutions,” Zubiri pointed out.

“Government corporations are, more or less, if we’re going to set up a new GOCC, government-owned and -controlled corporation, and create a charter,” he continued.

Tolentino, meanwhile, noted the jurisdiction of the committee on government corporations and public enterprises.

Senator Risa Hontiveros, the other member of the minority bloc, seconded Pimentel’s motion.

The Senate then voted whether they favored Pimentel’s motion to refer the bills to the committee on government corporations and public enterprises.

Two are in favor, one abstained, and 19 opposed.

Senator Pia Cayetano abstained from the voting as her brother Senator Alan Peter Cayetano, is the chairperson of the government corporations and public enterprises panel.

The committee chairperson on banks, financial institutions and currencies is Senator Mark Villar, an ally of President Ferdinand Marcos Jr. and the one who filed the Senate version of the Maharlika Fund.

Meanwhile, among the principal sponsors of House Bill No. 6608 are the President’s son Ilocos Norte Rep. Sandro Marcos and his cousin Speaker Martin Romualdez.

The lower chamber approved their version of the bill on December 15, 2022 and it was transmitted to the Senate four days later.

The President has certified the Maharlika Investment Fund bill as urgent.