Next ‘Balikatan’ set in Marcos country 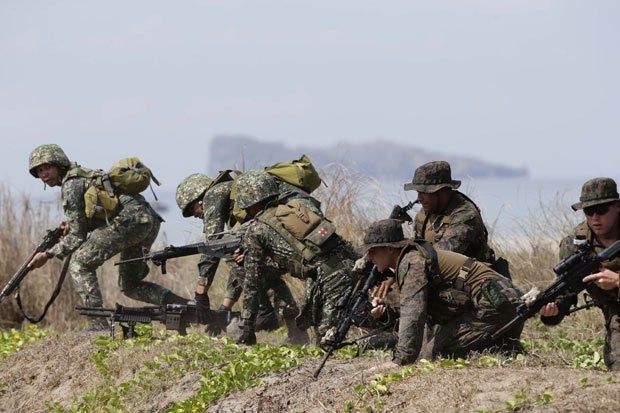 LAOAG CITY, Ilocos Norte, Philippines — The next Balikatan (shoulder-to-shoulder) military exercises will be held in Ilocos Norte province from April 24 to 27, with at least 16,000 American and Filipino troops expected to participate.

As the 38th iteration of Balikatan, it will be the biggest since the pandemic began in 2020 and the first major war games to be held in the home province of President Marcos.

“The emphasis for this particular exercise [is on testing] the newly acquired capabilities of the (Armed Forces of the Philippines) acquired under the AFP modernization program that is intended to provide the country with a credible defense posture,” according to Col. Michael Logico, executive agent of AFP and team leader of the coming drills.

The exercises will involve Army, Navy, and Air Force elements as well as special operations, Logico added in a presentation before the provincial board on Monday.

Cape Bojeador in Burgos town, which also hosts the headquarters of the 4th Marine Brigade, will be the drill’s “main location” and “operational area,” he said.

A US-funded health center will be set up at San Joaquin village in Sarrat town, he added, while an event for “distinguished visitors” is being arranged at the Cape Bojeador Lighthouse, a heritage site in the province.

After being canceled in 2020 due the pandemic, Balikatan activities resumed on a limited scale in 2021.

Full-scale exercises returned last year, with another northern province, Cagayan, hosting a total of 8,900 military personnel from the two countries.

Zarate: Balikatan exercises would only heighten tension between US, China

AFP: Balikatan exercises not a show of force to China