Gigi Reyes got ‘justice,’ but ex-Sen. Leila de Lima did not – a cruel ‘travesty,’ says Lagman 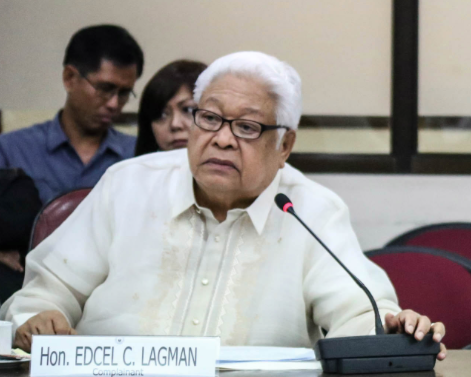 In a statement on Friday, Liberal Party president and Albay 1st District Rep. Edcel Lagman said that it is a “cruel travesty of justice” that Reyes was left to stay detained when the primary accused individual — Enrile — was allowed to post bail.

“It is a cruel travesty of justice for a subaltern to suffer continuing detention while the primary accused has been granted liberty much earlier pending criminal prosecution,” Lagman said.

“But what is even more of a charade is the interminable solitary confinement of former Senator Leila de Lima for trumped-up drug charges,” he added.

The pork barrel scam is a conspiracy where public funds, specifically from the Priority Development Assistance Fund (PDAF), were funneled to bogus non-government organizations (NGOs) either set up or owned by Napoles.

It could be remembered that two other former senators — Bong Revilla and Jinggoy Estrada, both reelected to the Senate — were also charged for their alleged involvement in the scam.

Estrada’s case is still pending before the Sandiganbayan, while Revilla was acquitted of plunder in December 2018; and of graft charges in July 2021.  In Revilla’s case, it was his aide, late lawyer Cambe and Napoles who were found guilty of plunder.

De Lima, meanwhile, was charged with drug-related charges during the term of former president Rodrigo Duterte.  According to the complaints, the former senator allegedly allowed the illegal drug trade to proliferate inside the New Bilibid Prison (NBP), and benefitted from it while she was Justice secretary.

De Lima was the Department of Justice (DOJ) head under the administration of late former president Benigno Aquino III.  The Bureau of Corrections, which manages the NBP, is an attached agency of the DOJ.

But the opposition leader has maintained that she is merely a victim of a vendetta, as Duterte allegedly tried to exact revenge after she probed the alleged human rights violations in the conduct of the drug war.  She also claimed that she should be freed on bail because people who testified against her had already recanted their statements.

Lagman said that de Lima’s acquittal in one case should already signal that the former senator should be freed.

“It must be recalled that De Lima has already been acquitted of one of the three cases and that principal prosecution witnesses in the two other pending cases have voluntarily recanted for having been coerced to testify, and the other witnesses have failed to pin down De Lima,” he said.

“De Lima must at least be released on bail as her prolonged detention is inordinately odious,” he added.