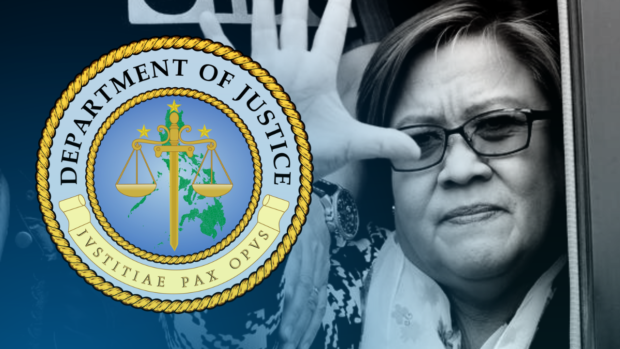 US lawmakers have urged the Marcos administration and the Department of Justice (DOJ) to review former Sen. Leila de Lima’s cases and “officially recognize” the lack of evidence and drop all charges against her.

“Sen. Leila de Lima has lost more than five years of her life to fabricated charges against her. Multiple witnesses have recanted their testimony, exposing the political nature of the case from the start,” the letter reads. The US Congress also asked for an “independent and impartial” investigation to find the cause of police members and other witnesses making false testimonies.

In April this year, prosecution key witness Rafael Ragos, former officer in charge of the Bureau of Corrections, retracted his previous statement of delivering drug money to De Lima’s residence in 2012, saying former Justice Secretary Vitaliano Aguirre II has pressured him to make false claims. The DOJ dismissed Ragos’ recantation then as he was yet to testify in court.

On Sept. 30, Ragos was unable to testify as the prosecution filed a motion of reconsideration opposing the order. Ragos’ lawyer Michael Christopher de Castro filed a motion to suppress and expunge all of Ragos’ affidavits as these were done “without independent competent counsel.”

The view from Washington

The lawmakers said De Lima was detained for “politically motivated charges for conspiracy to commit drug trading” and that her imprisonment has been widely condemned by the international community. The Oct. 9 hostage-taking of De Lima by another Camp Crame prisoner “further highlighted” the need to revisit the cases rather than transferring her to another detention site.

The US Congress said the Marcos administration could demonstrate its commitment to the rule of law “by reviewing Senator De Lima’s case, dropping the charges against her and bringing those responsible for her unjust detention to account, you [Remulla] and President Marcos can turn the page on [former] President Duterte’s abuses.”

The administration was also asked to continue to work with the United Nations Office of the High Commissioner for Human Rights to implement recommendations and address concerns raised in the Commissioner’s Sept. 12, 2022 report on the country.

Last August 2022, Markey led a congressional delegation to the Philippines and met Mr. Marcos and Remulla. A dialogue on rule-of-law and human rights issues has been exchanged and the Marcos administration reportedly supported the delegation’s visit with De Lima in Camp Crame.

But Mr. Marcos said on Friday he would not use his legal powers as chief executive to order the DOJ to drop the drug charges against De Lima.

“I think urging prosecutors to do one thing or another is interfering,” the President told reporters on the sidelines of a Department of Science and Technology event in Pasay City.

“I have said we are very, very clear that we have three departments of government. And maybe we should not … let’s leave it at that. We are not doubting the process,” he added.

Opposition lawmaker and Albay Rep. Edcel Lagman on Wednesday urged Mr. Marcos to use his legal powers to end De Lima’s detention, citing the supposedly weak evidence against her.

In a Twitter post on Thursday, De Lima said she would “never ask” the President to interfere with the courts but said Mr. Marcos could order the DOJ to “stop blocking the testimony of the recanting prosecution witness” and “to stop presenting obviously perjured witnesses.”

Mr. Marcos confirmed to reporters that he spoke to De Lima over the phone on Sunday after the former senator was held hostage inside her detention cell at the Philippine National Police headquarters in Quezon City.

“She never asked me to do anything,” he said. “What she tweeted, I think yesterday, that was the extent of it.”

.“The reason I asked, I wanted to speak to her was I wanted to ask her if she feels safe. Because if she doesn’t feel safe, I told her, ‘We will transfer you.’ And she said, maybe it’s not needed,” he said.

On Tuesday, Undersecretary Cheloy Velicaria-Garafil, officer in charge of the Office of the Press Secretary, said the President would not also intervene on the possible granting of home furlough for De Lima.

De Lima, one of the staunchest critics of the Duterte administration, has been detained at the PNP custodial center at Camp Crame since 2017 on drug charges. She was allegedly involved in the drug trade at New Bilibid Prison in Muntinlupa City during her term as justice secretary under then President Benigno Aquino III. INQ