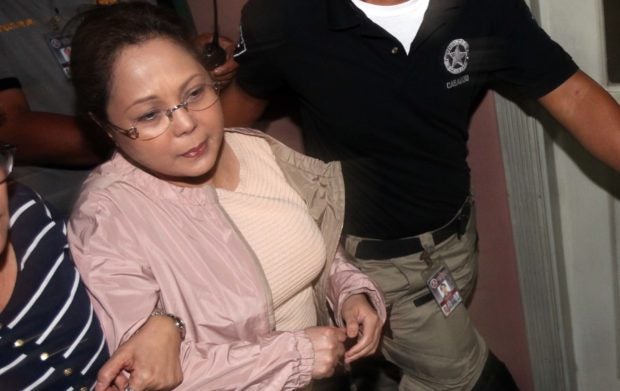 DOWNFALL Jessica Lucila “Gigi” Reyes arriving at the
Sandiganbayan for her trial in this file photo taken in 2018. —INQUIRER FILE PHOTO

“She was released by virtue of Petition for Habeas Corpus granted in resolution dated 17 January 2023 by the First Division, Supreme Court of the Philippines,” the  BJMP said in a statement.

Reyes has been detained for her alleged role in the pork barrel scam, in which Enrile allegedly received kickbacks amounting to P172.8 million from Janet Lim Napoles, the convicted mastermind of the multi-million-peso illicit scheme.

The pork barrel scam is a conspiracy where public funds, specifically from the Priority Development Assistance Fund, were funneled to bogus non-government organizations set up or owned by Napoles.