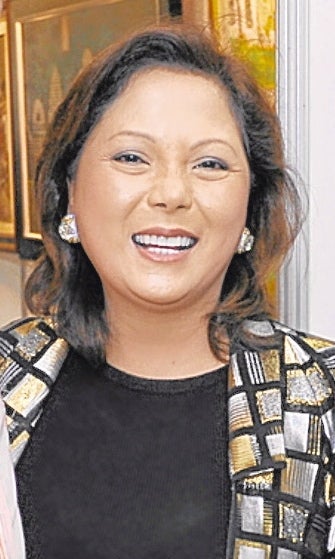 MANILA, Philippines — The former chief-of-staff of ex-Senate President Juan Ponce Enrile is asking the Supreme Court’s help for her possible release from detention citing violations of her right to due process and to have “a speedy, impartial and public trial.”

A writ of habeas corpus is a remedy applicable to cases of illegal confinement or detention where a person is deprived of his or her liberty, or where the rightful custody of any person is withheld from the person entitled thereto.

Reyes told the High Court that “under our laws and those of other civilized nations who respect human rights, when a person has committed a criminal offense, specifically under our Constitution particularly Section 14, Article III to ‘due process of law,’ and specifically among others, to have ‘a speedy impartial and public trial,’ and broadening the right to apply ‘to all cases…’ in nature.”

“Yet, in the case of petitioner [Reyes] she has been and continues to be under detention now for a period of six years, seven months, or for 2,409 and counting, the end beyond perception,” read the writ.

Reyes is detained at Camp Bagong Diwa in Taguig City for her alleged role in the pork barrel scam, wherein Enrile allegedly received kickbacks amounting to P172.8 million from Janet Lim Napoles, the convicted mastermind of the multi-million-peso illicit scheme. The pork barrel scam is a conspiracy where public funds, specifically from the Priority Development Assistance Fund (PDAF), were funneled to bogus non-government organizations (NGOs) set up and/or owned by Napoles.

Last year, Reyes filed a motion for provisional release on May 27, basing her request on reports that Camp Bagong Diwa might be dangerous for inmates as congestion poses a greater risk for coronavirus disease (COVID-19) transmissions. Her plea also argues that although she was only 57 years old, she has several underlying health conditions that make her vulnerable to the disease.

But the Sandiganbayan denied her plea stating that “there is no positive showing that [Reyes] is in actual or even imminent danger of being infected by the COVID-19.”

In her latest bid for freedom, Reyes noted that others who are similarly facing plunder charges have been released such as former President Gloria Macapagal-Arroyo who was acquitted by the High Court.

She also mentioned Senator Ramon “Bong” Revilla who was also acquitted as well as Enrile and former senator Jinggoy Estrada who were allowed temporary freedom on bail.

“Thus, petitioner is constrained to invoke the ancient and well-established remedy of habeas corpus,” read her petition.

She urged the High Court to order the head of Camp Bagong Diwa to make a return of the writ and bring her to court within five days upon receipt of the High Court’s ruling.

No temporary freedom for Gigi Reyes as Sandigan rejects her plea