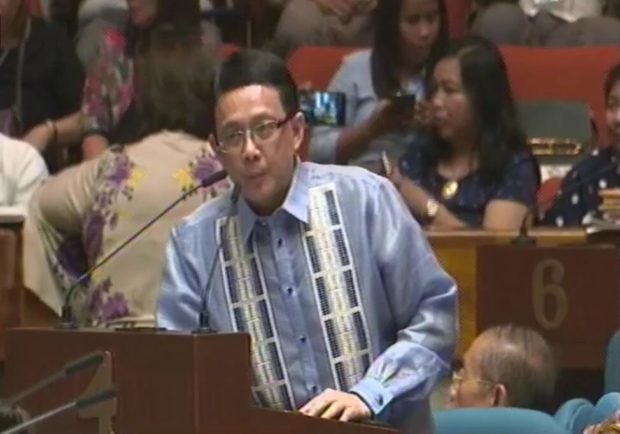 MANILA, Philippines — To avoid complications and issues, a lawmaker said that the president and his political appointees should be removed from the proposed Maharlika Investment Corporation (MIC), which would manage the sovereign wealth fund (SWF).

Northern Samar 1st District Rep. Paul Daza said during the hearing of the House of Representatives’ Committee on appropriations on Friday, that it would be better to spare the president from issues that the appointees would face with regards to managing the proposed SWF contained under House Bill No. 6398.

The said committee tackled the amendments to the proposal regarding the funding sources, removal of the Government Service Insurance System (GSIS) and the Social Security System (SSS) funds in the pooled funds, and other changes to the bill.

“They were considering a different composition for the Board of Directors, which I think is a very good move […] my personal opinion is, we should layer and shelter the president because it’s a no win situation for the president to chair such a board. If the fund makes a lot of money, people who will always politicize it and will say ‘it made a lot of money and the politicians are probably making something out of it’,” Daza explained.

“If it loses money, they’re going to blame the president and the politicians […] I think it would be better governance if, and in particular considering the political culture in our country, I think I would be even as bold as propose that the majority of the board should probably be independent directors and definitely not appointed by the president,” he added.

In response, Committee on banks and financial intermediaries chairperson and Manila 5th District Rep. Irwin Tieng said that proponents of the bill, led by Marikina 2nd District Rep. Stella Quimbo, have already assured that there would be changes to the composition.

“With regards to the chairman, there is already an amendment proposed by our author, Congresswoman Stella Quimbo, to remove the president as chairman and replace it with the Secretary of Finance,” Tieng said.

Prior to the hearing, Daza asked the proponents of the bill to remove the General Appropriations Act (GAA) from the Maharlika Investment Fund (MIF) — as it is also taxpayer’s money.

Quimbo agreed to the proposal.

Last Wednesday, it was also Quimbo who announced that there would be amendments made to House Bill No. 6398 by Friday, as it yielded to public calls to remove the P125 billion from GSIS and P50 billion from SSS from the pooled funds.

With the removal of the P175 billion from GSIS and SSS, Quimbo explained that they would turn to dividends from the Bangko Sentral ng Pilipinas.

The establishment of the MIF, which the government would use to to make investments locally and abroad, has been criticized by opposition lawmakers and netizens because they fear that once investments would not reap huge returns, the pensions of GSIS and SSS members would be affected.