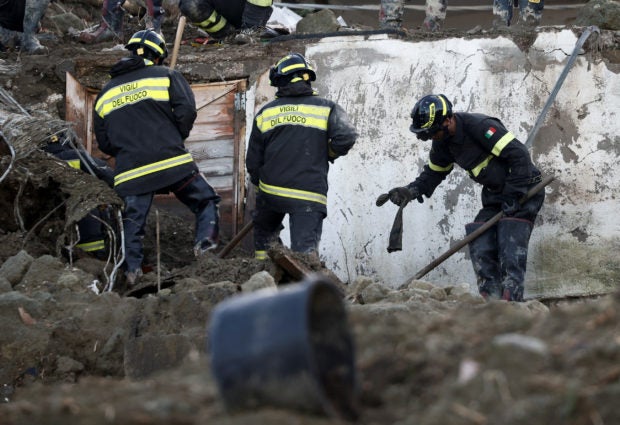 ROME — More than 1,000 people need to be evacuated from a landslide-stricken town on the Italian island of Ischia where more heavy rains are expected, a government official said on Friday.

Six days ago the small port of Casamicciola Terme was overwhelmed by a wave of mud, debris and stones that fell from the island’s highest point during a severe rainstorm, killing at least eleven people.

The Casamicciola Terme residents to be evacuated will be relocated to hotels in other parts of Ischia for two to three nights, starting from 1500 GMT, the government’s emergency commissioner Giovanni Legnini said.

He said the evacuations were a precautionary measure decided after a weather alert was issued by the regional civil protection agency.

Ischia, a volcanic island some 30 km (19 miles) from Naples, is famous for its thermal baths and picturesque coastline. But it is also especially vulnerable to natural disasters.

In the same Casamicciola Terme, two people died in 2017 after a 4.0-magnitude earthquake, while two other landslides in 2006 and 2009 claimed five lives in total.