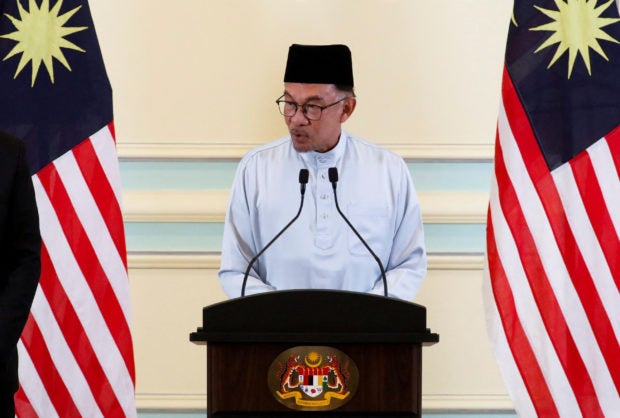 Anwar was sworn in as premier by Malaysia’s king last week, after an election that resulted in a hung parliament. He then formed a coalition government with the help of other political blocs.

“This cabinet is a cabinet of a unity government,” Anwar told a news conference. The ministers will be sworn in on Saturday, he said.

Anwar is looking to address rising costs and a slowing economy, and to ensure the stability of his coalition government. He had earlier indicated he would have a smaller cabinet than previous administrations.

Investors have cheered his appointment, hoping that Anwar can bring stability after a period of political uncertainty that saw three prime ministers in as many years.

Anwar was appointed as finance minister in 1991 by the then prime minister, Mahathir Mohamad. He was later fired after the two disagreed over how to respond to a financial crisis across Asia.

For Anwar, at last: New Malaysian leader went from prisoner to prime minister