Abortion access in Thailand hampered by stigma and limited resources 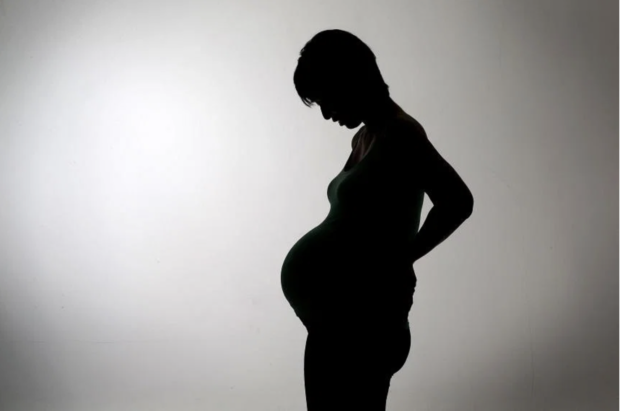 Thailand made significant changes to its abortion law in February 2021, allowing more women to pursue the option legally. The Straits Times/Asia News Network

BANGKOK — After finding out in 2020 that she was five weeks pregnant, Kiri (not her real name), then 24, knew she wanted to get an abortion.

“It was quite a clear option for me,” said Kiri, who had just started a new job and was not ready to be a mother or get married.

But the process took a lot longer. Not knowing any local abortion avenues, it took her three weeks of research, calls and refusals before she finally secured an appointment to terminate the pregnancy in another province, a two-hour drive from her home in Bangkok.

For many years, induced abortions were largely illegal in Thailand unless the pregnancy was a result of a sex crime or would harm the woman’s physical or mental health.

In February 2021, Thailand made significant changes to its abortion law, allowing more women to pursue the option legally.

Women can now terminate a pregnancy up to 12 weeks’ gestation. More exceptions were also made, including instances where the woman was below 15, or if there were fetal abnormalities.

But not much has changed from Kiri’s experience, said local abortion rights’ advocates.

“The law has changed, but nothing much has changed in terms of (ministry) support to get hospitals or provincial health services to do abortions. Doctors who want to provide them will do it, and those who do not want to continue to refuse,” said Dr Kritaya Archavanitkul, the coordinator of safe abortion advocacy group Choices Network Thailand.

For women between 12 and 20 weeks pregnant, abortion would also be allowed if they go through counseling to learn of their options. This was codified by the Thai authorities in an edict in September, noting that these patients must consult a medical practitioner, who has to provide counselling without judgment.

There have been positive changes and more women are aware of their rights to an abortion, said Ms Supeecha Baotip, founder of Tamtang, a pro-choice group.

Based on data from its hotline counseling service, more women were considering abortions when the pandemic hit in 2020.

“Our calls doubled from 300 to 600 a month…. Many shared that they faced financial issues and were worried they wouldn’t be able to afford or care for a baby,” she said.

While there are fewer legal barriers, the reality on the ground for the Buddhist-majority country is quite different. Abortion still remains a stigmatized and divisive topic in society and the medical community.

This has limited the number of safe abortion services that are publicly and easily available for women, and groups like Tamtang are calling for clear government policy and action in the hope of changing this.

“If there aren’t enough clinics providing regulated and safe abortions, then women will go for illegal ones. That could mean injuries or lives lost,” said Ms Supeecha.

Most early pregnancies can be safely terminated through pills, which are available by prescription. However, a lack of awareness and the physical and emotional barriers to such services do drive some people to seek illegal services, mostly through buying unregulated pills online, she said.

According to government figures, about 300,000 abortions are done annually, and only 15,000 happen using legal care services, reported Bangkok Post.

Currently, there are about 100 hospitals or clinics, mostly private ones, that offer legal abortion care. These facilities operate in only about half of Thailand’s 77 provinces, said Dr Kritaya.

But with no standard protocols handed down by the authorities, the arbitrary state means that some clinics and hospitals set their own parameters within the law. For example, choosing to accept only cases below 12 weeks or agreeing to act only in cases where the pregnancy is a result of rape.

“Not many doctors will provide abortions up to 20 weeks; the higher gestation period makes them uneasy,” said Dr Kritaya, adding that doctors are supposed to refer cases they reject to other clinics, but it is difficult to ensure that they comply or do it quickly.

Cultural beliefs and folklore also frame abortion as a sin, said Tamtang manager Chonthita Kraisrikul. “They say the spirit of the dead baby will follow the mother around.”

Changing the mindsets of medical professionals has been a big challenge, said Bureau of Reproductive Health director Bunyarit Sukrat. However, there is a small but growing network of about 500 medical professionals, including doctors, social workers and nurses, who support abortion services.

“Changing the law was an important step… (but) we cannot expect an immediate change in attitudes,” he said.

One way the authorities are trying to overcome the shortage of such services is to conduct abortion care via telemedicine consults. So far, about 50 cases have been handled this way.

For Kiri, she has kept her abortion a secret from her family as the stigma is hard to bear. “Still, I want others to know that they can make this choice and have no regrets.”