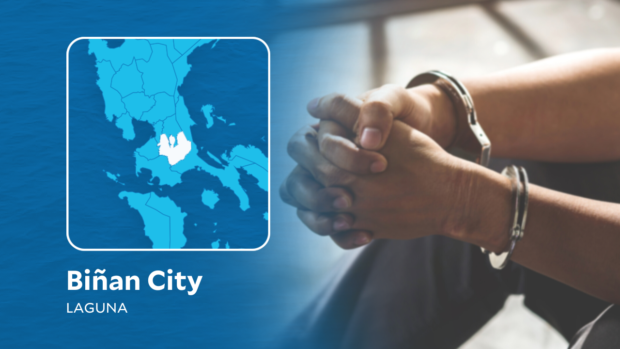 The Region 4A police reported Wednesday (November 30) that the local drug enforcement unit collared Ronel Borje after he sold a pack of shabu (crystal meth) to a poseur buyer in Barangay Timbao at 10:40 p.m.

Borje yielded six sachets of meth worth P9,750 and an undocumented .45-caliber pistol with four bullets.

The report classified Borje as a high-value individual in the local drug scene and a drug syndicate member.

The suspect was detained and charged with violating for possessing and selling dangerous drugs and illegal possession of a firearm.

Over 200 suspected criminals nabbed in 6 days in Laguna