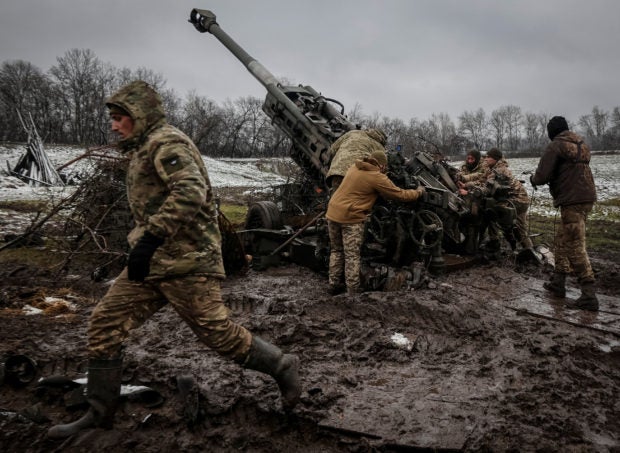 KYIV/BUCHAREST — The United States will announce new aid on Tuesday to help Ukraine restore electricity as its people faced another week of brutal cold and darkness after Russian strikes on its power grid caused rolling blackouts.

Russian missile strikes have targeted Ukraine’s power generation sites, transmission and distribution facilities and water pumping stations since early October, with each barrage having greater impact than the last as damage accumulates and a frigid winter sets in.

Ukrainian President Volodymyr Zelensky has said he expected new attacks this week that could be as bad as last week’s missile bombardment, which left millions of people with no heat, water or power.

U.S. Secretary of State Antony Blinken, who arrived in Bucharest early on Tuesday, will announce new assistance to help restore Ukraine’s power transmission capacity, a senior State Department official told reporters on condition of anonymity. Washington has been working with U.S. utilities and hardware providers and with European nations to locate equipment that can restore high-voltage transmission stations damaged by Russian missile strikes, the official said.

Kyiv says Russian attacks, which Russia acknowledges target Ukrainian infrastructure, are intended to harm civilians, making them a war crime. Moscow denies its intent is to hurt civilians but said last week their suffering would not end unless Ukraine yielded to Russia’s demands, without spelling them out.

With Russia’s invasion in its ninth month, Zelensky described Moscow’s destruction in Ukraine as an act of revenge, and he promised that Ukraine will rebuild “every site destroyed by the occupiers.”

In Kyiv, snow fell and temperatures were hovering around freezing as millions in and around the Ukrainian capital struggled with disruptions to electricity supply and central heating resulting from Russian air strikes.

DTEK, Ukraine’s biggest private electricity producer, said it would reduce electricity supply by 60% for its consumers in Kyiv.

National grid operator Ukrenergo said on Monday it had been forced to resume regular emergency blackouts across the country after a setback in its race to repair energy infrastructure.

Units at several power stations had to conduct emergency shutdowns and demand for electricity has been rising as snowy winter weather has set in, Ukrenergo said.

In Kherson city, which has lacked electricity and heat since Russian forces abandoned it earlier this month, regional governor Yaroslav Yanushevych said that 24% of customers now had electricity, including partial power in the city centre. Water-filling stations had been set up throughout Kherson, he said on the Telegram messaging app.

Ukraine’s armed forces General Staff said late on Monday that Russian forces were heavily shelling towns on the west bank of the Dnipro River, including Kherson, abandoned by Moscow earlier this month. Zelensky said in his address that Russian forces shelled Kherson and communities in the region 258 times in the last week alone.

Russia launched what it calls its “special military operation” on Feb. 24 to demilitarize its neighbor and protect Russian speakers. Ukraine and Western nations have dismissed this as a baseless pretext for invasion.

Along front lines in eastern Ukraine, the onset of winter is ushering in a new phase of the conflict, after several months of Russian retreats, with intense trench warfare along heavily fortified positions.

With Russian forces having pulled back in the northeast and withdrawn across the Dnipro River in the south, the front line is only around half the length it was a few months ago, making it harder for Ukrainian forces to pinpoint weakly defended stretches to attempt a new breakthrough.

The Pentagon is considering a Boeing proposal to supply Ukraine with cheap, small precision bombs fitted onto abundantly available rockets, allowing Kyiv to strike far behind Russian lines as the West struggles to meet demand for more arms.

U.S. and allied military inventories are shrinking, and Ukraine faces an increasing need for more sophisticated weapons as the war drags on.

In its evening update on Monday, Ukraine’s armed forces General Staff said Russia kept up heavy shelling of key targets Bakhmut and Avdiivka in Donetsk province, and to the north bombarded areas around the towns of Kupiansk and Lyman, both recaptured recently by Kyiv.

It said Ukrainian forces had damaged a rail bridge north of the Russian-occupied southern city of Melitopol that has been key to supplying Russian forces dug in there.