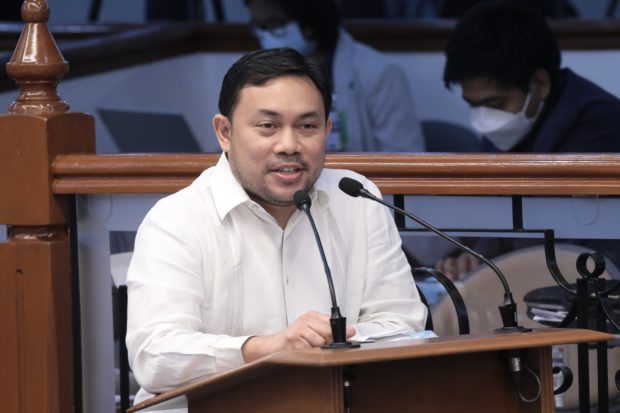 MANILA, Philippines — A bill granting a 13th-month pay to about 600,000 contractual and job order (JO) personnel in government has been filed in the Senate.

Senate Bill No. 1528, recently filed by  Senator Mark Villar, provides that “all government employees regardless of their employment status, contractual or job order personnel, shall be entitled to 13th month pay every year.”

“The minimum amount of the 13th month pay for contractual and job order personnel shall not be less than one-half of the monthly salary by the employee based on his/her current contract with the government,” Villar said in the bill.

The senator noted that these JO and contractual workers “fulfill their duties diligently and passionately comparable to permanent government employees” but they are not entitled to mid-year and year-end bonuses, such as the 13th month pay, among other benefits.

As of June 2022, there are 642,000 non-permanent workers in government — around 493,900 are JO personnel while the remaining 148,000 are contractual workers, the senator said in his explanatory note, citing government data.

Villar lamented that the majority of these workers come from low-income families struggling to meet their daily basic needs.

“In light of the persistent rise in the inflation rate, which led to an extraordinary increase in prices of food, fuel, and other commodities, Filipino workers, including contractual and job order personnel of the government face greater hardships in their lives,” he said.

“In addition, as contractual and job order personnel, they lack tenure security. Consequently, they will always be subject to uncertainty in their source of income,” the senator added.

Villar though noted that the government has already issued a joint circular extending the services of the contractual and JO workers until December 31, 2024.

“In the meantime that there are contractual and job order personnel, this bill aims to  assist said workers with their everyday living expenses while at the same time uplifting their spirits by providing them a well-deserved reward during the Christmas season,” Villar said.