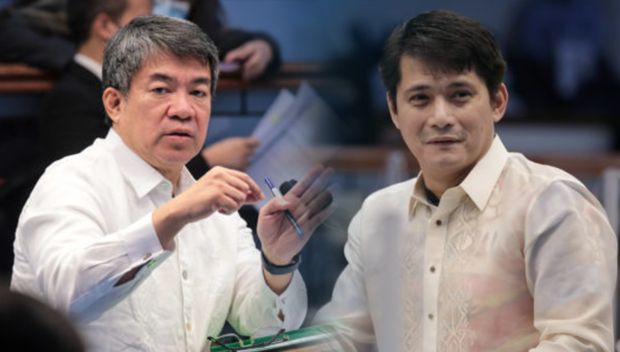 During the Senate’s plenary, before being questioned about a bill declaring the first of February as National Hijab Day, Padilla addressed Pimentel as the “second” chairman of the PDP.

Similarly, Pimentel quickly joked that he wanted to know from Padilla why the latter acknowledged two party chairs.

(With the sponsor’s permission, I would like to ask him why he recognizes a second chairman of a party.)

Then he laughed, adding, “Pero at any rate, hindi na po kasi outside of the topic na eh.”

(But at any rate, I will no longer ask it because it is already outside the topic.)

Padilla then quickly said, “Because I love you, boss.”

However, upon closing his answer, Padilla again addressed Pimentel, but this time the “only” chairman of the PDP-Laban.

The Senate minority leader again laughed but skirted around the issue.

(Let’s not just mention the political party so we can focus on the proposed law.)

It can be recalled that the then-ruling party PDP-Laban was split into two factions during the 2022 presidential elections.

The two factions claimed legitimacy and ownership of the party; however, days before the May 9 polls, a division of the Commission on Elections (Comelec) declared the faction led by Duterte and Cusi as the “true and official” PDP-Laban.

It can be noted that Pimentel is the son of former Senate President and party cofounder Aquilino “Nene” Pimentel Jr., who founded the PDP-Laban in 1982 together with the late Sen. Benigno Aquino Jr. as an opposition force against the Marcos dictatorship.

Pimentel cautions Padilla: I am the PDP-Laban chairman