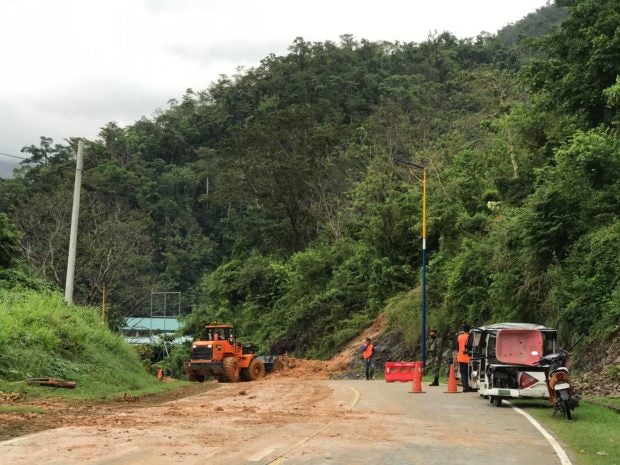 The landslide also caused a traffic jam, stranding several vehicles in both directions.

The Department of Public Works and Highways Palawan 1st Engineering District sent a loader from Roxas town to the area to clear the debris.

Bebit said he would inspect other areas in the barangay that are landslide-prone. The incident did not affect any resident, he added.

He said the road was made passable to light vehicles at 7:17 a.m. INQ