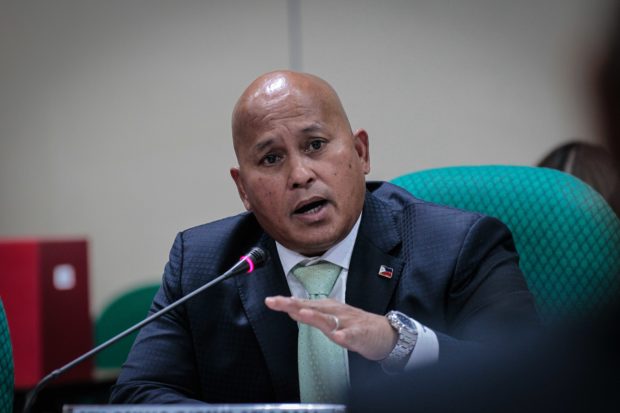 MANILA,  Philippines — Senator  Ronald “Bato” dela Rosa is beginning to have second thoughts about his proposal to decriminalize illegal drug use as he’s coming to realize that such a measure is a bad idea.

Legitimizing the use of controlled substances, which is contained in his Senate Bill No. 202, was among those discussed  last Tuesday by the  Senate committee on public order and dangerous drugs which dela Rosa chairs.

(That bill that I authored – which I will sponsor in the plenary, if approved – we created it during the height of our war on drugs where our jails were already getting congested with drug offenders.)

(So we filed this out of pity for those crammed in jails. We want to decongest jails so I thought that maybe we can decriminalize illegal dug using.)

After just one hearing though, dela Rosa said he is now rethinking amid arguments presented during the deliberation.

He cited in particular the strong stance of law enforcement agencies against his proposed law as it might send a wrong signal to the public that drug use is okay since no one will get jailed for doing it anyway.

(I’m having second thoughts now, being the proponent of such a measure.)

“That’s the beauty of Senate hearings, napakinggan mo both sides at ‘yun nga being the proponent of such [a] measure medyo nagdadalawang isip ako ngayon.”

(That’s the beauty of Senate hearings, you can hear both sides and as I said, being the proponent of such a measure, I’m now having second thoughts.)

The senator, however, clarified he is not withdrawing his bill as the committee will still hold another meeting to hear more arguments.

Besides, he said, his bill contains other proposals and not just making the use of controlled substances legal.

One provision of his measure, for example, seeks to remove the necessity of securing a court order prior to a drug user’s admission to a rehabilitation center, the senator noted.

As chief of the Philippine National Police, dela Rosa led the bloody war against illegal drugs during the time of form President  Rodrigo Duterte.