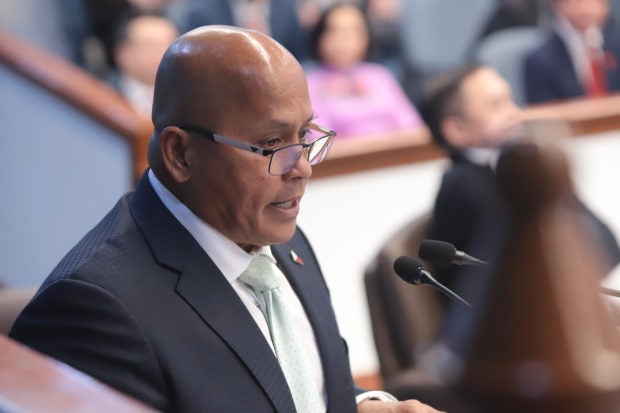 Dela Rosa, then police chief known for leading the war on drugs, said that he authored a measure to decriminalize illegal drug use.

(I want to decriminalize it because, at the height of the war on drugs, we saw that prisons got congested because of drug offenses.)

(To decongest jails, I said, let us decriminalize it because our rehabilitation centers have space.)

On Tuesday, the Senate Committee on Public Order and Dangerous Drugs held a hearing on establishing drug abuse treatment and rehabilitation centers where the decriminalization was raised.

Law enforcement agencies, however, raised opposition to the proposed decriminalization during the deliberations, according to dela Rosa.

(I heard their side, and they oppose it. They strongly oppose it because it will send a wrong signal to the youth that it’s okay to use drugs because they will not go to jail but only to rehabilitation centers.)

Meanwhile, the Department of Health (DOH) supports decriminalization as it considers drug use a health problem, said dela Rosa.

The senator suspended the hearing following contrasting claims and noted that a thorough discussion on the matter is needed to come up with “a very good piece of legislation.”

Dela Rosa stressed that decriminalization would cover marijuana and other illegal drugs such as crystal meth and cocaine.

The senator is pushing for the decriminalization of illegal drug use in a bid to decongest jails.

Dela Rosa has been accused of crimes against humanity, together with former President Rodrigo Duterte, before the International Criminal Court over the alleged state-sponsored extrajudicial killings linked with Duterte’s war on drugs.

INQUIRER.net has asked the DOH for their comment on the issue but has not responded as of posting time.