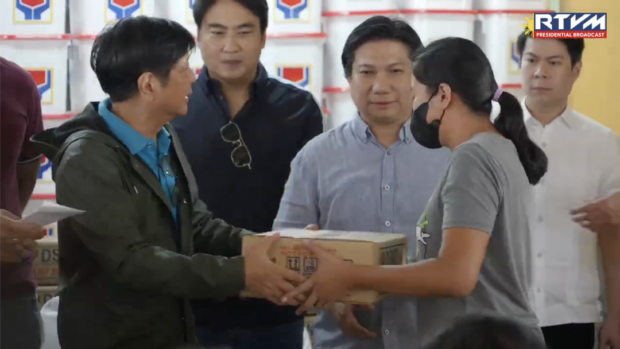 Marcos made the remark on Monday during the distribution of assistance to people affected by Severe Tropical Storm Paeng (international name: Nalgae) in Noveleta, Cavite.

The president noted that flood control facilities and dikes have eroded.

(When we assessed the area, our flood control facilities and dikes had eroded.)

(That’s why it’s important to think about the long-term plan , so that when the rains come down hard the ground won’t disintegrate and trigger landslides.)

Marcos likewise highlighted the value  of preemptive evacuation, saying that it kept casualties in Noveleta low.

(The most important thing when you know there is a tropical cyclone is preemptive evacuation.)

(That is what happened here, that even though the calamity is strong, the casualty is not that high. But the damage to infrastructure is harsh.)

Marcos, over the weekend, mourned  the high death toll of Paeng across the country, which is now at 98.

He asked why those individuals were not immediately evacuated.

Based on the latest government data, as many as 1.8 million individuals were displaced by Paeng.

Paeng is expected to exit the Philippine Area of Responsibility on Monday afternoon or evening.