Bongbong Marcos on Paeng death toll: Why were they not evacuated immediately? | Inquirer News

Bongbong Marcos on Paeng death toll: Why were they not evacuated immediately? 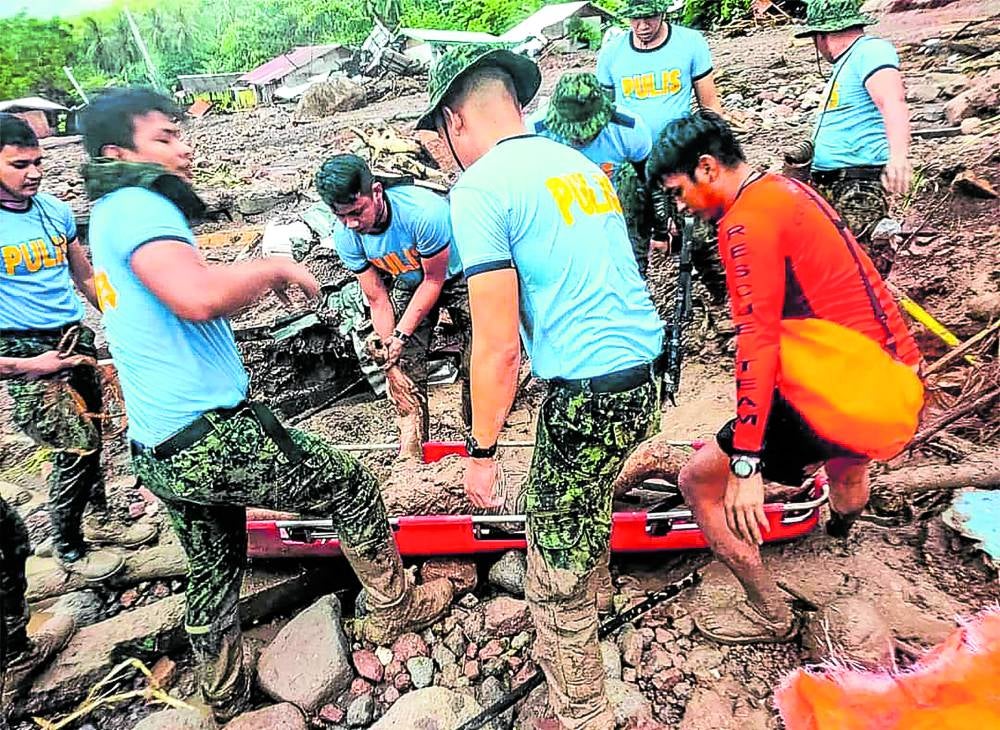 RISING TOLL Rescue workers retrieve the bodies of victims in Datu Odin Sinsuat, Maguindanao, on Friday, one of the areas in the Bangsamoro region to suffer landslides and flooding due to Tropical Storm “Paeng.” Photos released by the Philippine Coast Guard. —AFP

MANILA, Philippines — President Ferdinand “Bongbong” Marcos Jr on Saturday lamented the high death toll from the onslaught of Severe Tropical Storm Paeng (international name: Nalgae) as he asked why the affected residents were not immediately evacuated.

Marcos asked the question as he presided over an emergency full council meeting of the The National Disaster Risk Reduction and Management Council (NDRRMC).

“I would like to start with the flooding in Maguindanao, simply because we have to already look at it dahil ang daming casualty (because there are many casualties).

“It will be important to us to look back and see why this happened, na hindi natin naagapan ito na 67 ang casualty (that we could not prevent this 67 casualties), that seems very high for a flooding incident.

“So maybe if we could start with there first, just to give me a better idea of what happened, what caused the flooding and bakit hindi natin sila na-evacuate at nagkaganyan ang casualty, napakataas?” Marcos said during the council meeting.

The NDRRMC said 45 persons were killed by the onslaught of Severe Tropical Storm Paeng. Of these, 40 were killed by landslides in Maguindanao del Norte.

The agency previously reported 67 deaths, but it later lowered the number.