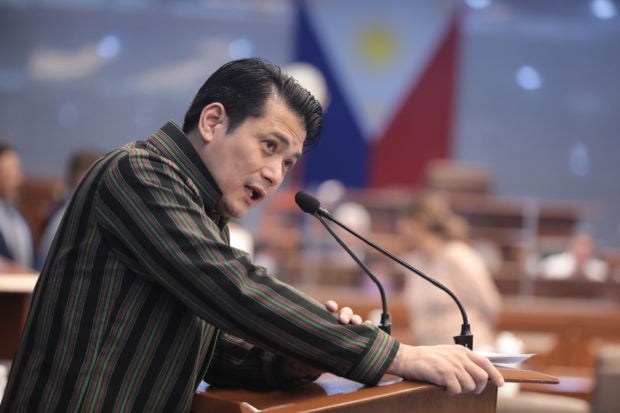 MANILA, Philippines — Confidential and intelligence funds (CIFs) have helped the government in its crackdown against terrorism, Senator Robin Padilla said on Monday.

Padilla, who admitted he was a leftist, claimed that the government has successfully fought terrorists.

(Now, I am happy because I want to tell the news to the public that the government has been successful in its fight against terrorists.)

(In fact, these intelligence and confidential funds have helped cleanse the far-flung areas of terrorists who spark fear and extort.)

Padilla expressed support for providing the proposed CIFs for the offices of the President and Vice President, which are P4.5 billion and P500 million, respectively.

Citing his documentary Memoirs of a Teenage Rebel, Padilla said that terrorists recruit students and bring them to the mountains.

He added that terrorist groups receive billions of pesos in funds from overseas.

(How will we fight that? We can fight that if we have billions of confidential and intelligence funds.)

The neophyte lawmaker clarified that he is not against leftists but opposes violence.

Under the proposed P5.268-trillion national budget for next year, P9.2 billion are CIFs.