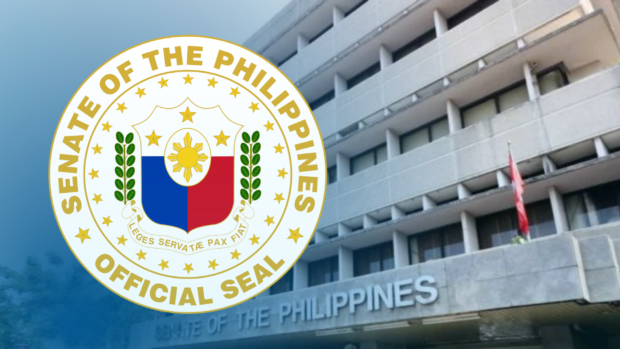 MANILA, Philippines — The Senate adopted on Monday a resolution forming an oversight committee for confidential and intelligence funds (CIFs).

The committee will be responsible for the investigation of the P9.2-billion CIFs under the proposed P5.268-trillion 2023 budget.

“We’ve been doing this since the 10th Congress and each Congress has had an oversight committee,” Zubiri said.

“It has been the tradition of the Senate to constitute a select oversight committee for these funds and, we must, in the 19th Congress, continue this tradition,” he added.

According to Zubiri, all funds are subject to audit by the Commission on Audit, but CIFs are “not part of the usual procedures.”

(We will guard these funds. This is the country’s money that is why, as the nation’s Senate, we will ensure that the countrymen will benefit from this.)

Of the 24-member Senate, only Pimentel and Senator Risa Hontiveros questioned the CIFs which are included in the budgets of the offices of the President and Vice President, among others. 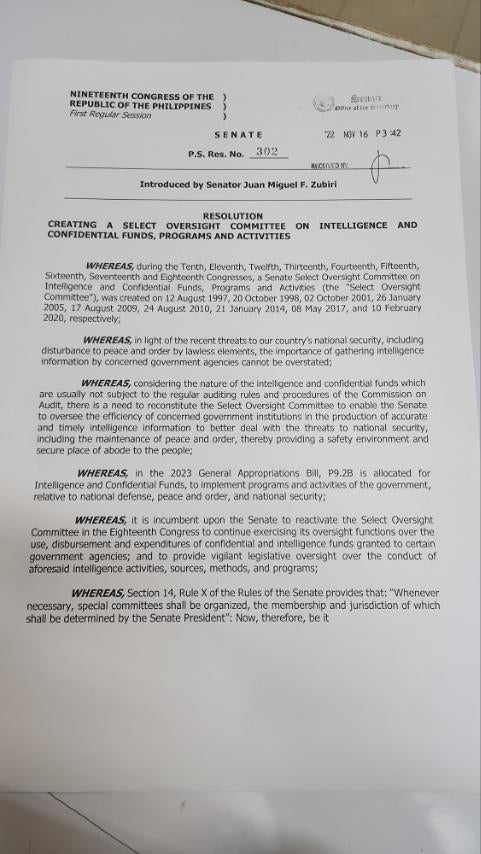 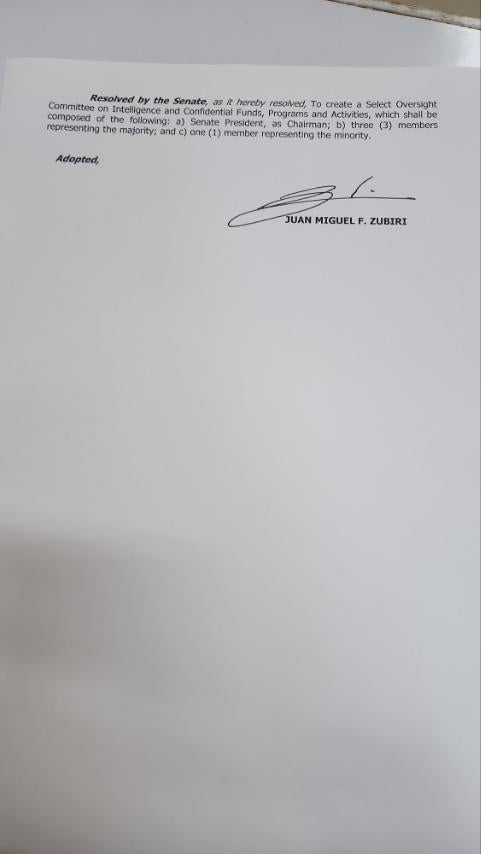