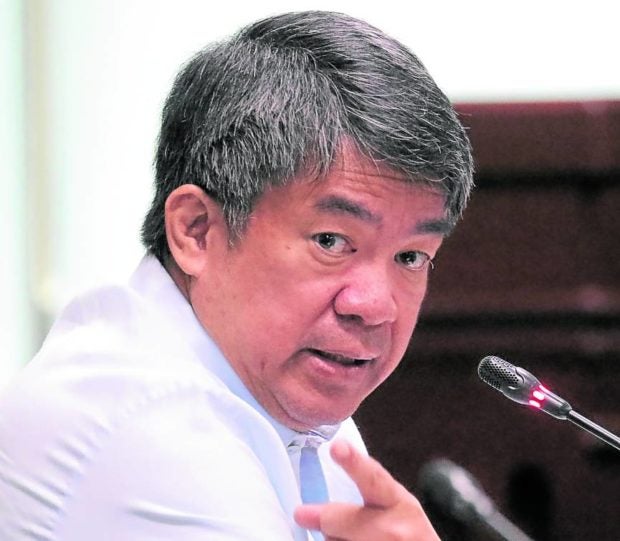 MANILA, Philippines — Senate Minority Leader Aquilino “Koko” Pimentel III called on the public to oppose the allocation of hundreds of millions of pesos in confidential and intelligence funds (CIF) to agencies not responsible for national security or law enforcement as the country watches government spending while grappling with a ballooning national debt.

In a radio interview on Saturday, Pimentel said the formation of a Senate oversight committee on CIF cannot justify such funding in the national budget to agencies like the Department of Education (DepEd) that do not have the mandate to conduct surveillance work and intelligence gathering.

Pimentel, with help from fellow opposition Sen. Risa Hontiveros, was hopeful that they would get enough votes from other senators to back his move to delete the proposed confidential funds—mainly the P500 million for the office of Vice President Sara Duterte and the P150 million for DepEd also headed by Duterte.

“We hope (fellow lawmakers will join us), especially once they feel the mounting public pressure that the people are now alarmed why we are giving P500 million in confidential funds for the OVP (Office of Vice President) and another P150 million for the DepEd,” he said.

Pimentel said the ordinary Filipino taxpayers should also question the propriety of appropriating confidential and intelligence funds to agencies with no clear mandate to use them.“This is the time our people should now take part, first by understanding what confidential funds are,” he added.

One of the main features of such funds is that they are not audited in the same transparent way that funds of other agencies are, making them open to misuse, abuse and corruption.

At a budget hearing in the House of Representatives in September, opposition Rep. Edcel Lagman questioned the refusal by the Commission on Audit (COA) to disclose details of the use of confidential funds, including liquidation reports.

Lagman warned that if the postaudit was “covered by secrecy and not disclosed to this very House that appropriates funds, that makes the audit more imaginary and possibly not being done seriously and effectively.”

Last week, he called for a purge of “unnecessary, excessive” CIFs, saying that “no stretch of the imagination or flexibility of logic” could justify P9.3 billion for confidential and intelligence spending by several government agencies.

These funds are “shrouded in mystery” and the COA itself could not disclose to the Congress and the public how these are used, the Albay representative said.

“These funds breed corruption, and the more enormous the funds are, the greater the magnitude is for the possibility of graft,” Lagman pointed out.

Pimentel said he and Hontiveros would likely propose amendments to the P5.26-trillion general appropriations bill for 2023 mainly to rechannel some of the P9.3-billion CIF allocation to important but unfunded items.

The senator questioned how the Department of Budget and Management, with all its staff, could have missed seeing the “glaring disparity” in the distribution of government funds.

“If on one hand, we cannot justify the funding for some agencies that are glutted with funds, while other important programs are hungry for funds, then there is something wrong with our budget process,” Pimentel said.

Budget documents showed that of the P9.3-billion CIF, the Office of the President would get the biggest share amounting to P4.5 billion—P2.25 billion for intelligence and P2.25 billion for confidential funds.

The CIF that President Marcos is set to get is larger than the combined amounts allocated for the intelligence fund of the Armed Forces of the Philippines (P1.74 billion), the Philippine National Police (P800 million) and the Philippine Drug Enforcement Agency (P500 million).

The National Bureau of Investigation was allocated P175.4 million in intelligence funds, while the government’s main prosecutorial arm, the Department of Justice, had an allotment of P168 million in confidential funds, according to budget records.

The government’s premier intelligence unit, the National Intelligence Coordinating Agency will get P141 million in intelligence funds, which is P9 million less than the proposed confidential fund for DepEd.

No CIF for DICT

Pimentel said the Department of Information and Communications Technology (DICT), which would need funds for surveillance to combat online fraud, was not given any CIF.

He said the agencies and programs that lacked funds included the senior citizens’ pension fund, which needed at least P25 billion, and Philippine Postal Corp. which should have gotten P500 million as reimbursement for the government’s mailing services.

For some agencies that are entitled to CIF, the Senate minority will appeal that these be set at reasonable amounts. For others that received huge sums, they will seek a reduction, Pimentel said.