DBM chief to gov’t agencies: Use budget in full or face cuts 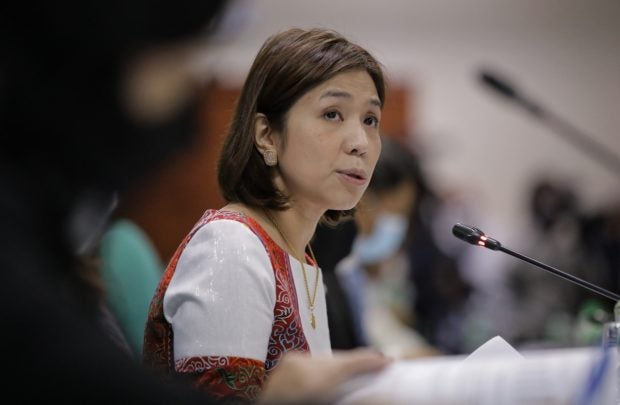 MANILA, Philippines — Government agencies that fail to utilize their budgets fully may face cuts in the future, Department of Budget and Management (DBM) Secretary Amenah Pangandaman warned on Monday.

In an ambush interview during the Stratbase ADR Institute’s Pilipinas Conference, the DBM chief was asked what her department will do if government agencies do not utilize their 2023 budgets before 2024.

Pangandaman was also asked about the deficit in the 2022 national budget, which, according to her, was still within the government’s target.

“The agencies now are trying to use the money, utilize it, even more, better just to be able to implement their projects, unlike before. Maybe it’s also a reason because the economy is open, and then we’re trying to push for them. Because if they don’t use their money, lagot sila,” she said.

Pangandaman also mentioned the Department of Information and Communications Technology (DICT) as an example, explaining that the agency’s budget is low because they still have a leftover budget from previous years.

“Given our really small fiscal space, we need to instill discipline in our national government agencies. Put the money dun sa mga (to those) agencies that can really implement them,” the DBM chief pointed out.

The DICT previously came under fire for its low-budget utilization.

During hearings on its proposed 2023 budget at the House of Representatives, the DICT came under fire for its low budget utilization prompting its head, Secretary Ivan John Uy, to call it “pitiful.”