DICT admits to House: Our budget utilization was ‘pitiful’ 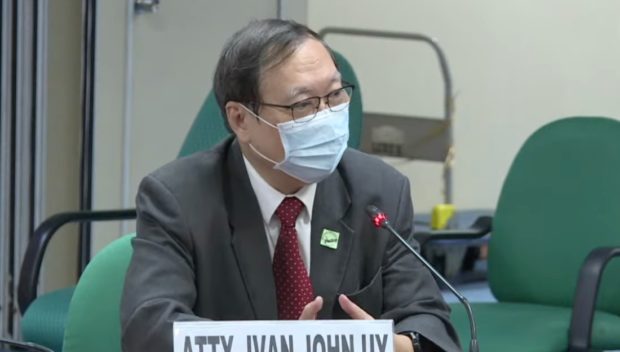 IT expert and now DICT Secretary Ivan Uy during a hearing of the Senate electoral reforms committee on May 31, 2022. Screengrab from Senate livestream

MANILA, Philippines — The Department of Information and Communications Technology (DICT) has admitted to the House of Representatives that the budget utilization of the department in the past few years was “pitiful,” vowing to address the issues on slow project rollouts.

During the deliberation of DICT’s proposed budget for 2023, Secretary Ivan John Uy told lawmakers that the department has faced challenges in implementing its programs.

“Indeed, when I came in two months ago, when I was looking at the utilization of the department, it was pitiful,” Uy said in response to queries from lawmakers, particularly from Northern Samar 1st District Rep. Paul Daza.

“I assure to the committee and to my fellow workers that [under utilization] will not happen under my watch,” he added.

Uy has been at the DICT just during the Marcos administration’s over three-month term.  Prior to him, former DICT secretaries are Rodolfo Salalima, Eliseo Rio Jr. and former senator Gringo Honasan.

Daza during the interpellation period asked about what the problem is with DICT’s low budget utilization, despite the presence of several good programs.  According to the lawmaker, DICT was only able to use a measly 25 percent of its previous allocations.

“We understand that the DICT has many good programs and projects […] But please allow me, as part of our role as fiscalizer, and also as your partner in nation building, to maybe focus on some of the issues and problems that the DICT has faced in the last few years,” Daza said.

“This is really to support and improve the projects and programs of the DICT,” he added.

As to what DICT programs had the lowest utilization rate, Uy said that the Free Wi-Fi program was slow moving because a lot of areas have already terminated their free public Wi-Fi service as leary as August 2021.

“I was aghast when I found out that most areas have terminated their [free wi-fi] services as of August 31, 2021.  And there was no effort at all to renew those connectivity,” he noted.

Uy however assured the House that since August, they have been aiming to utilize the budget to a level of between 70 percent to 80 percent.

“The DICT has a huge mandate, and we owe the people the delivery of all these services. Congress has been generous in providing the funding necessary, and we need to implement [the programs],” he added.

According to Daza, DICT has a target of 105,000 free public wi-fi spots, which had a P12 billion allocation from Congress.  But until now, only 10 percent of the sites were supposedly established, and only four percent are operational.

“We’re hoping that [the Free Public Wi-Fi] will be a priority for the new secretary and the new officials,” Daza asked, to which Uy replied that they would reactivate it.