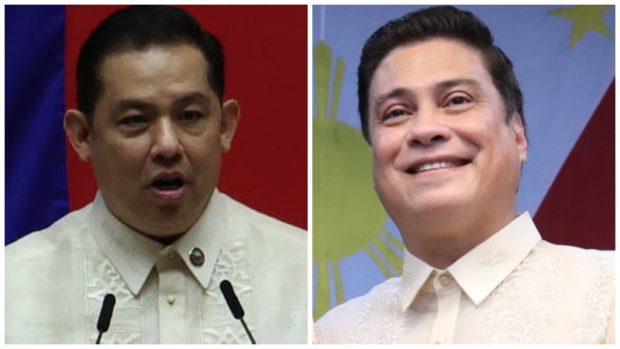 MANILA, Philippines — The House of Representatives and the Senate have agreed to pass key bills — one suspending the barangay elections this December and another allowing the registration of subscriber identity module (SIM) cards — by October or before Congress goes on a recess.

House Majority Floor Leader and Zamboanga City 2nd District Rep. Manuel Jose Dalipe said in a statement on Friday that the two bills were among the topics discussed by House and Senate members who met on Thursday night.

“We initially met last night (Thursday) to discuss our common legislative agenda. The House and Senate leaderships are eyeing the postponement of barangay and SK elections and passage of SIM card registration bill before our adjournment this September,” Dalipe said.

“This is to ensure that the entire Congress is moving forward in the same direction,” he added.

As of now, the consolidated version of both bills has been approved by their respective committees in the House. Last August 25, the House committee on suffrage and electoral reforms approved the substitute bill that would suspend the barangay and Sangguniang Kabataan elections scheduled this December 5.

Under the bill, the barangay elections would be rescheduled again to December 2023, in a bid to allow the government to use the available funds for COVID-19 response and economic recovery first.

At the same time, Dalipe remained adamant that the House will be able to beat its self-imposed deadline of an approved proposed budget for 2023 by September 30, so that they can forward it to the Senate during the break in the Congress session.

“The House will also pass by October 1 the national budget for next year,” Dalipe said about the General Appropriations Bill (GAB) worth P5.268 trillion.

“Our main priority is economic recovery, with agriculture as the key driver for growth and employment. We will push for the passage of more reform-oriented measures to improve good governance and uplift the lives of Filipinos. We are here to serve the people,” he added.

Just this Tuesday, House appropriations committee vice chair and Marikina 2nd District Rep. Stella Quimbo said they are confident about passing the proposed budget before September 30, as the allocations for 14 out of 34 agencies have been scrutinized as of that time.

Quimbo said plenary discussions of the budget would start by September 21.