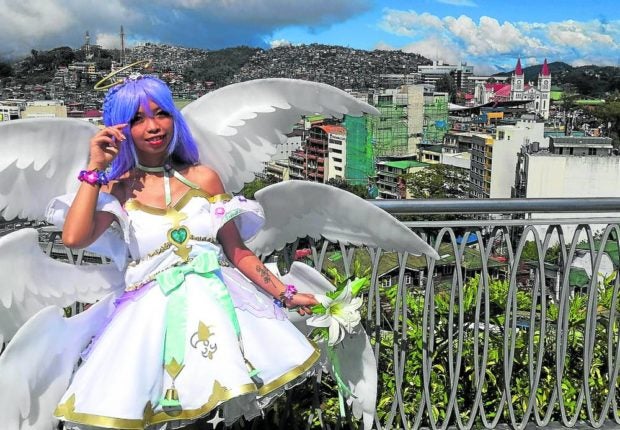 COMMUNITY MEETING PLACE | Cosplayer Charlane Alec Subido, 23, shows off her arcade game character Mika at a spot in a shopping mall on Luneta Hill which overlooks downtown Session Road in Baguio City. Every Sunday, this historic street becomes a pedestrian mall that comes alive with cosplayers and booths for local entrepreneurs and artisans. (Photo by EV ESPIRITU / Inquirer Northern Luzon)

BAGUIO CITY, Benguet, Philippines — Every Sunday in the summer capital, a 1.7-kilometer road, around which downtown Baguio grew and flourished for over a century, turns into a park and a bazaar for residents and tourists who are eager for that one laid-back day in the week.

Vehicular traffic is routed away from the city center, where buskers and other performers entertain Baguio families and visitors.

After Sunday Mass on Oct. 4, residents gathered around parlor game booths put up by entrepreneurs dressed in cowboy gear. The young would take selfies from benches surrounded by cactus and Stetson-wearing effigies.

NOT JUST ANY STREET | History was made at Session Road where civic parades used to occur, where the Baguio version of People Power took place in 1986, and where grand festivals are still staged. To the average resident, this iconic strip is also where everything converges, based on the daily volume of people and vehicles there. —(Photos by EV ESPIRITU / Inquirer Northern Luzon and contributed)

This November, Sunday Session Road has been showcasing Baguio’s other title as the country’s first “Creative City.”

A number of booths selling woven products and crafts produced by local artisans as part of this year’s Ibagiw Festival are lined up on the same stretch of road.

In June and July, about 50,000 visitors had motored up to the city, and as many as 30,000 tourists continue to visit during the monsoon season, according to Aloysius Mapalo, Baguio tourism operations supervisor.

But for old Baguio residents, the walk-through Session helped them relive where Baguio history was made.

Baguio was designed, built, and opened for settlement by the American colonial government in 1909.

A historical marker, which is often called the Session Road marker, honors the original Baden Powell Hall between Session Road and Governor Pack Road, where “the Second Philippine Commission held its first session from April 22 to June 11, 1904.”

Also called the Taft Commission after the country’s first American governor, William Howard Taft, this assembly established the Philippine bureaucracy, as well as its judicial system, at the beginning of the 20th century.

Session Road got its name from these meetings “and is part of our (Baguio) story,” says City Planning Officer Donna Tabangin.

Members of the Taft Commission went on horseback through Session and walked to Baden Powell, which is now a hotel, she says. 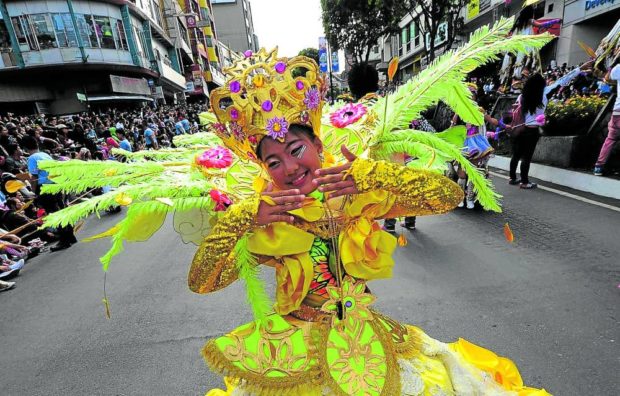 Families who lived in Session helped shape its legacy. The road used to host Japanese bazaars during the 1920s and 1930s, says Ompong Tan, a professional photographer and named one of 2022’s Outstanding Citizens of Baguio, who grew up in a hardware store there.

Session was almost obliterated in 1945 when the Americans carpet-bombed Baguio to liberate it from the Japanese.

After World War II, the families of Baguio’s earliest entrepreneurs like Johnny Tan Heng, Tan Yu Ang, Ram Sharma and the Cid and Punjabi families rebuilt the city’s economic center, which has survived crisis after crisis, including the entry of shopping mall giants as well as the coronavirus pandemic.

Tan says his father, Johnny Tan Heng, moved from Manila to Baguio in the 1950s to build a home and businesses that continue to thrive. His family has expanded throughout the city but still owns the two-floor MS Building, where he grew up tending to a family-run hardware store.

It may be one of Session’s oldest structures, alongside the F. Lopez building, the Laperal, the Antipolo and the Catholic Church-owned Patria de Baguio. The Patria still stands below the Baguio Cathedral, which survived the 1945 bombings.

According to Tan, his fondest memories of Session were from the 1960s and 1970s, when “blue-uniformed policemen knew everyone and would visit each store every morning.” 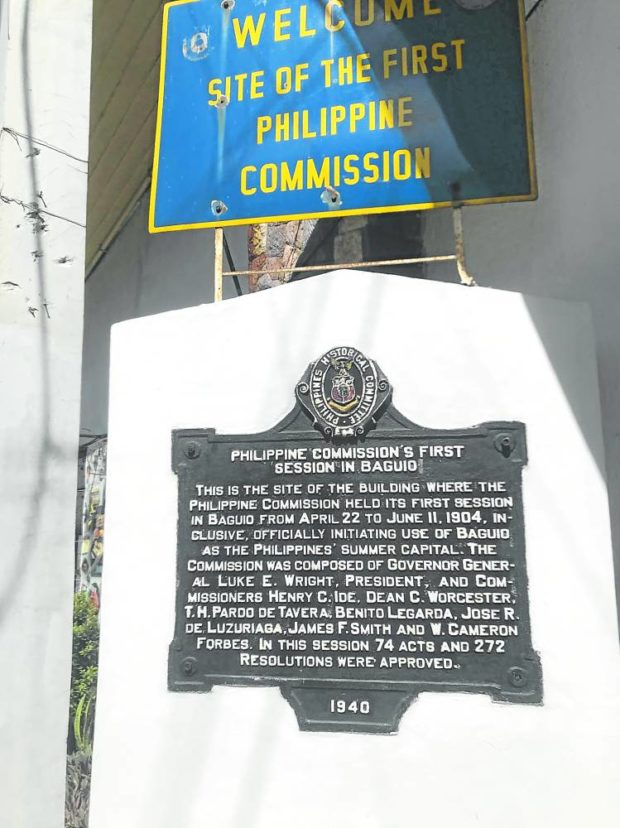 AWAY FROM THE CROWD Members of the Philippine Commission passed through what is nowSession Road
for their first meeting on April 1904 during the American colonial era. A marker that commemorates that event
is barely noticed at a corner of Governor Pack Road. —VINCENT CABREZA

Session used to be known for bakeries, photography studios, tool shops, food stores, and “the good tailors and barbers,” he says.

Session was “a community, and heavy American cars like Fords and Chevrolets parked diagonally because few residents had vehicles, and were served by small jeepneys that carried eight passengers to and from town,” Tan says.

Session’s skyline has changed since then, and hotels and fast-food chains took the place of over 50 percent of the area’s original businesses.

Session was significant during the 1986 Edsa People Power Revolution. Downtown residents witnessed a small contingent of soldiers and police officers roll up the main thoroughfare to seek sanctuary at the church after defecting from the late dictator Ferdinand Marcos, Tan says.

In the 1990s and the early years of the 21st century, a movement grew around a public call to convert Session into an exclusive pedestrian zone in downtown Baguio.

Session is about to undergo a new “revitalization” makeover. The whole stretch would be equipped with wide night lamps, street benches accompanied by portable libraries, gauges that show the temperature, and bicycle lanes.

Session Road’s giant mandalas a head-turner, but they cost a fortune