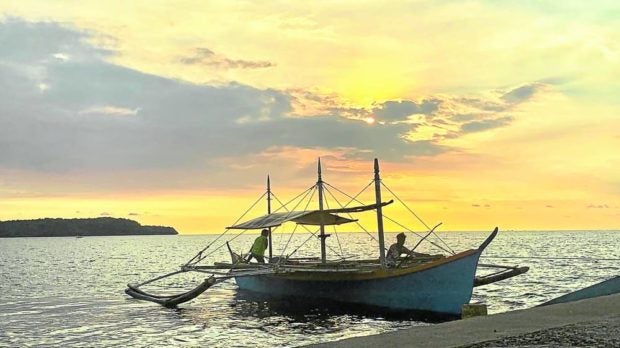 FILE PHOTO: A fishing boat docks along the shoreline of Masinloc town, Zambales province as two fishermen return home after a daylong fishing trip in this photo taken on March 9, 2022. JOANNA ROSE AGLIBOT

MANILA, Philippines — An organization of fisherfolks on Friday said that massive reclamation projects nationwide would lead to the depletion of fish stocks as it destroys mangroves, sea grasses, and coral reefs.

According to the Pambansang Lakas ng Kilusang Mamamalakaya ng Pilipinas (Pamalakaya), the country has 187 reclamation projects covering 25,000 hectares of fishing waters. Manila Bay alone has at least 30 such projects.

(The vast reclamation efforts in important fishing locations may be to blame for the current fish shortage. When towns are razed to make way for reclamation operations, they not only kill off fish habitats like mangroves, sea grasses, and coral reefs but also displace and disenfranchise the fishers who lived there.).

Pamalakaya also addressed the current administration’s plan to import round scad, known locally as galunggong, and other fishes. However, the group stressed there would be no import need if there were no reclamation projects.

(If the administration of President Ferdinand Marcos Jr. wants to resolve the shortage of fish supplies in the country, it should stop all forms of destructive projects like reclamation).

According to the Department of Agriculture, on Thursday, November 17, 25,00 metric tons of fish will be imported in anticipation of the closed domestic fishing season from November to December.