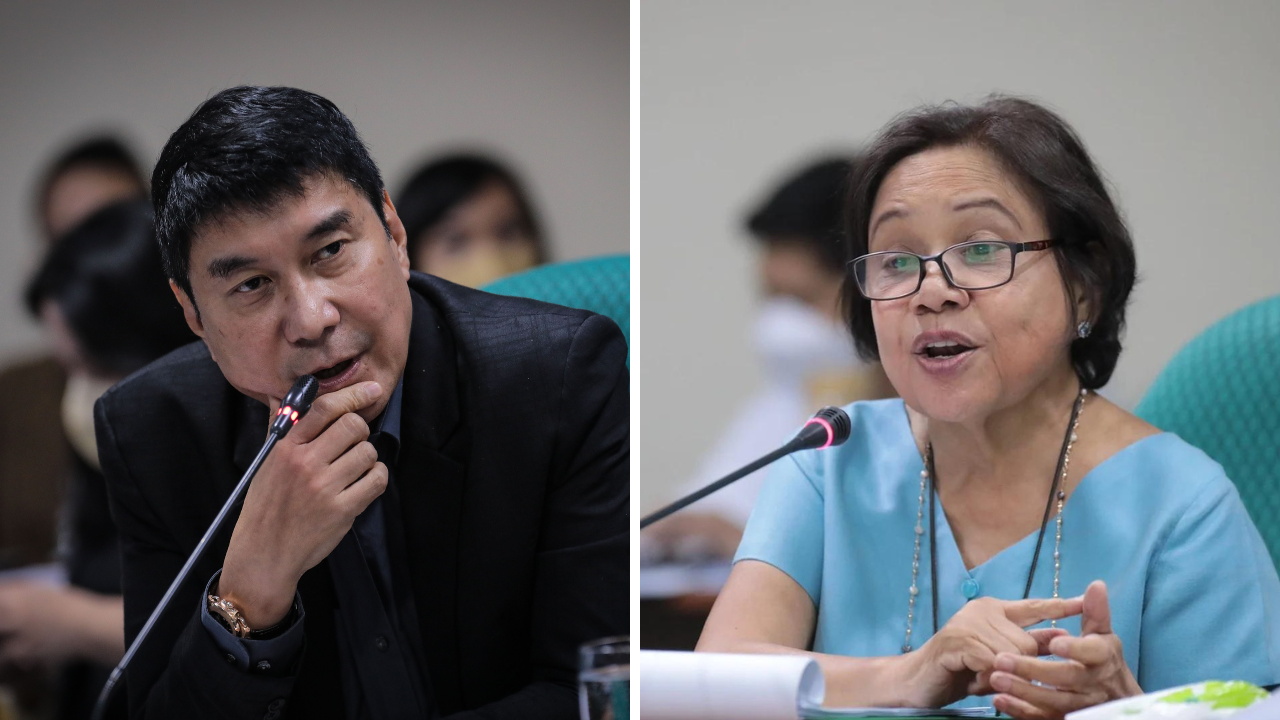 A heated exchange between Sen. Raffy Tulfo and Sen. Cynthia Villar on the conversion of farmlands to residential areas marked the deliberations on the proposed budget of the Department of Agriculture (DA), which dragged on till the early morning hours on Thursday.

Tensions rose as Tulfo asked about two issues in a way that visibly miffed Villar, who was then defending the DA budget: the conversion of farmlands into subdivisions and the negative impact of the rice tariffication law on farmers.

Tulfo stood to ask what the DA had been doing about the “prevalent” irregularities in the construction of farm-to-market roads (FMRs) across the country.

“This program is peppered with corruption and is being used by influential politicians for their own benefit; (FMRs) become cockpit-to-market, subdivision-to-market, or resort-to-market roads,” he said.

Tulfo further asked how the DA was validating these projects, citing the case of some localities that became “riddled” with the FMRs even though they were not producing rice, corn or vegetables.

“Our lowly farmers are being duped because the money that was intended for them to help them bring their produce to the market was being abused by politicians who have seen and are exploiting this loophole in the system,” he said.

Villar explained that while funds for FMR come from the DA, it is the Department of Public Works and Highways (DPWH) that builds the roads. The existence of the projects are validated through drone technology, she added.

Tulfo asked for a report on all FMRs constructed by the DA, which he said he would use to validate the projects on site.

“This is a problem because when collusion happens between the DA and the DPWH, the nation is lost,” he said.

During the Duterte administration, the DPWH was headed by Villar’s son and now fellow senator Mark. Through the years, the family, headed by the patriarch, former Senate President Manny Villar, has built a business empire centered on the real estate sector and has also expanded to include shopping malls, convenience stores, coffee and pastry shops, banks, and more recently, broadcasting.

Tulfo cited a 2017 Commission on Audit report that flagged P957 million worth of unfinished FMR projects, with only four out of 15 completed.

“This by itself is proof that this program is replete with irregularities,” he said.

Tulfo then asked why the DA had been allowing the “massive” conversion of farmlands in the provinces to become housing complexes, which he said was undermining the country’s food security.

“The farmlands are shrinking because these are being bought by large [real estate] developers, which is why subdivisions have now spread in the provinces,” he added.

Villar replied: “You know, that is our business. I want to tell you that we don’t buy agricultural land; we only buy lands in cities and capital towns.”

She explained that buyers of the houses sold by her companies only wanted the opportunity to resell the property in times of financial difficulty.

“You have to understand that agriculture [is] a business also; you sell your land at a higher price to buy a bigger piece of land in less prime places where you will do your farming,” she said.

But Tulfo said the farmers were being exploited when they were forced to sell their farmland at low prices due to decreasing yield and the low selling price of their produce—supposedly due to the rice tariffication law.

Under the law (Republic Act No. 11598) signed by then President Rodrigo Duterte in January 2022, annual revenues from tariff collected on rice imports that are in excess of P10 billion shall be distributed as cash assistance to small farmers tilling two hectares of land or less. The scheme will run up to 2024.

At this point, a more assertive Villar reminded Tulfo that she “wrote the law” herself, before explaining why the country needed it to address one of the most pressing challenges for farmers: the high cost of rice production.

“I don’t feel any guilt to the small rice farmers; all the money that came from [rice tariffication law] was given to small farmers,” she said.

In response, Tulfo suggested that, instead of allowing farmland conversion, the DA should give farmers capital to buy farm machines and stave off real estate developers.

“This is why I am pushing for the passage of the National Land Use Act; four presidents have come and gone but this bill has not been passed, and I wonder why,” he said.

Villar said she disagreed with Tulfo on this point, saying a national law was no longer needed for this purpose since local governments already had their respective land use plans.

To defuse the tension, Senate President Juan Miguel Zubiri suspended the session. When it resumed, Tulfo, now apologetic for the lateness of the hour, said he was now too “ashamed” to ask some more questions.

He then turned to Villar again and asked: “Madam chair, are you tired?”

Villar, now smiling, said she had always been tolerant and suggested that she and Tulfo have a personal session where she could answer his other questions.