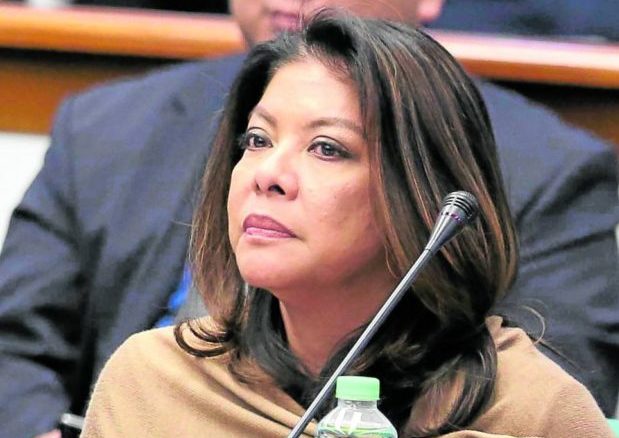 Invoking freedom of expression and of the press, a former mouthpiece of the government’s anti-insurgency task force has asked the Supreme Court to set aside the show cause order it issued and not to declare her in contempt of court over her social media posts that allegedly threatened a local judge who had ruled against labeling communist groups terrorists.

Lorraine Badoy, who served under the National Task Force to End Local Communist Armed Conflict (NTF-Elcac) during the Duterte administration, said her posts were about a “matter of public interest” and should be considered “fair comment consistent with the pronouncement of the high court.”

In a 49-page comment filed on Thursday, Badoy urged the tribunal to “tilt anew the balance in favor of freedom of expression and of the press.”

The court earlier ordered Badoy to explain her statements made in September lambasting Manila Regional Trial Court Judge Marlo Magdoza-Malagar over her Sept. 21 decision dismissing a Department of Justice petition to outlaw the Communist Party of the Philippines (CPP) and its armed wing, the New People’s Army (NPA).

Badoy’s remarks earned the ire of hundreds of lawyers and school deans, who later asked the high court to take action against the former NTF-Elcac official.

Among the statements they cited were Badoy’s comments calling out Malagar’s “passionate lawyering for the CPP-NPA” and describing the judge as “unprincipled,” a “traitor” and an “idiot.” Badoy also called Magdoza-Malagar’s ruling a “judgment straight from the bowels of hell.”

Shortly after the petition was filed, the Supreme Court issued a statement warning of punitive action against “those who continue to incite violence through social media and other means which endanger the lives of judges and their families.’’

In the comment she filed on Thursday, Badoy said: “The use of contempt powers of the Supreme Court against a fair criticism by Dr. Badoy in her exercise of journalistic comment of an erroneous decision of a lower court judge constitutes punishment and thus infringes on her freedom of expression and freedom of the press.”

She said her comments were also made in the exercise of her rights as a journalist. Badoy is a commentator on SMNI News, which airs on the network owned by controversial televangelist Apollo Quiboloy.

“By any current definition, her statements cannot be divorced from the fact that she did so in her exercise of her right to fair journalistic comment,” Badoy said.

“If at all, respondent Dr. Badoy’s words are a clear example of hyperbole, or a reductio ad absurdum to stress a point,” the comment read. “In her own words: she used a ‘hypothetical syllogism’ to make her point that her decision to not declare the CPP and NPA as terrorist organizations were ‘absurd and dangerous.” Defended by Roque

In an interview after the filing, Badoy reiterated that her social media posts about Magdoza-Malagar were “definitely not a threat.”

“What I said was an if-then statement. It’s a syllogism, hypothetical syllogism, deductive reasoning,” said Badoy, who was accompanied by her lawyer, Harry Roque, a former spokesperson of then President Rodrigo Duterte.

“For speech to be considered incitement, it must reach a high threshold, which in Philippine jurisprudence is speech that threatens to provoke imminent lawless action,” Badoy said, adding she had no track record of threatening and hurting people.

“The one with that kind of track record is the CPP-NPA-NDF [or the National Democratic Front of the Philippines],” she said.

Also speaking to reporters, Roque said the Supreme Court had consistently shown leniency toward criticism made by lawyers and laymen about lower court judges or decisions.

Based on jurisprudence, he said, “the Supreme Court has tilted in favor of freedom of expression over the administration of justice where offending remarks were leveled against the lower court judges.”

Citing Borjal vs Court of Appeals, he said the tribunal ruled that “fair commentaries on matters of public interest are privileged and constitute a valid defense in an action for libel of slander.” INQ