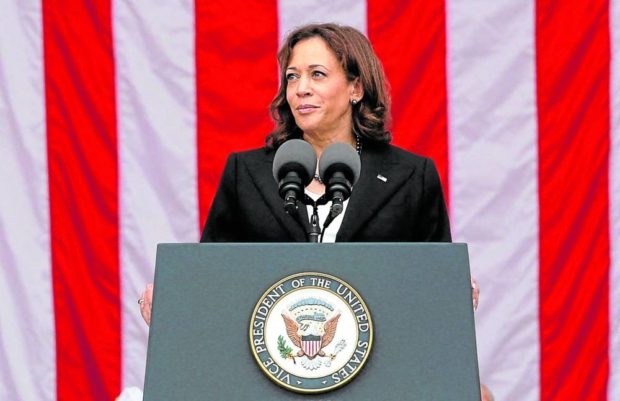 MANILA—Tension over Taiwan is expected to be on the agenda when US Vice President Kamala Harris meets President Marcos next week, Manila’s ambassador to Washington said on Thursday.

“I’m sure they will touch on the Taiwan situation,” Ambassador Jose Manuel Romualdez told Reuters by telephone, adding that the Philippines wants to play a role in peaceful coexistence between the United States and China.

Harris is likely to give Marcos a “fairly good briefing” on the three-hour meeting between US President Joe Biden and Chinese President Xi Jinping on the sidelines of this week’s summit of the G-20 grouping of countries in Indonesia, Romualdez said.

Beijing has long said it would bring the self-governed island of Taiwan, which it views as an inalienable part of China, under its control and has not ruled out the use of force to do so. It has frequently accused the United States in recent years of encouraging Taiwan independence.

Harris will visit the western island province of Palawan on Tuesday as part of a two-nation Asia trip that includes filling in for Biden at an Asia-Pacific Economic Cooperation (Apec) summit in Bangkok.

She will be the highest-ranking US official ever to visit Palawan, the largest Philippine province, which is not claimed by Beijing but lies along hotly contested waters in the South China Sea.

“This visit demonstrates the Biden-Harris administration’s commitment to stand with our Philippine ally in upholding the rules-based international maritime order in the South China Sea,” a US official told reporters on customary condition of anonymity.

Harris, who will meet a day earlier in Manila with President Marcos, will visit residents, civil society and the Philippine Coast Guard in Palawan’s capital Puerto Princesa.

The trip will “reaffirm our defense commitments to the Philippines and the importance of our alliance in peace and stability in the South China Sea,” the official said.

She will also discuss countering illegal fishing and hold a separate event on women’s empowerment.

The United States, which has a treaty alliance with its former colony, has been increasingly outspoken in supporting Southeast Asian nations in myriad disputes with a more assertive China.

China claims sovereignty over almost the entire South China Sea, while the Philippines, Vietnam, Malaysia and Brunei have overlapping claims to parts of it.

Beijing has ignored a 2016 international tribunal ruling that its claims have no legal basis.

Unlike his predecessor Rodrigo Duterte, who set aside his country’s legal victory, Marcos has pledged to uphold the court decision and insisted he would not let China trample on Manila’s maritime rights.