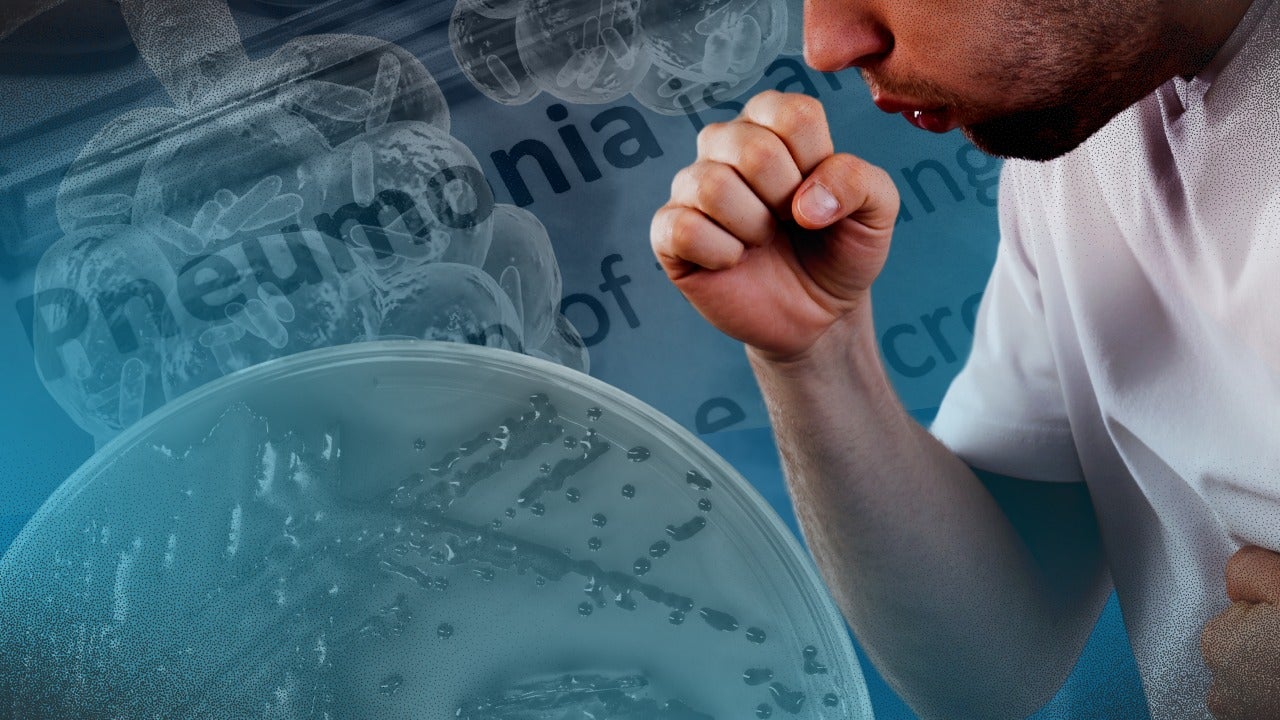 MANILA, Philippines—As the fight to reduce deaths from pneumonia continues, numbers show that infection of the lungs remains one of the biggest killers of children worldwide.

Pneumonia, as defined by the World Health Organization (WHO), is a kind of acute respiratory infection that hits the lungs. When a person has pneumonia, the alveoli—the tiny air sacs in the lungs—are filled with pus and fluid, “which makes breathing painful and limits oxygen intake.”

In the Philippines, pneumonia remains to be among the top causes of death.

Based on preliminary data from the Philippine Statistics Authority (PSA), as of August 2022, pneumonia ranked sixth as the top 10 causes of mortality in the country, causing the deaths of 13,536 people. 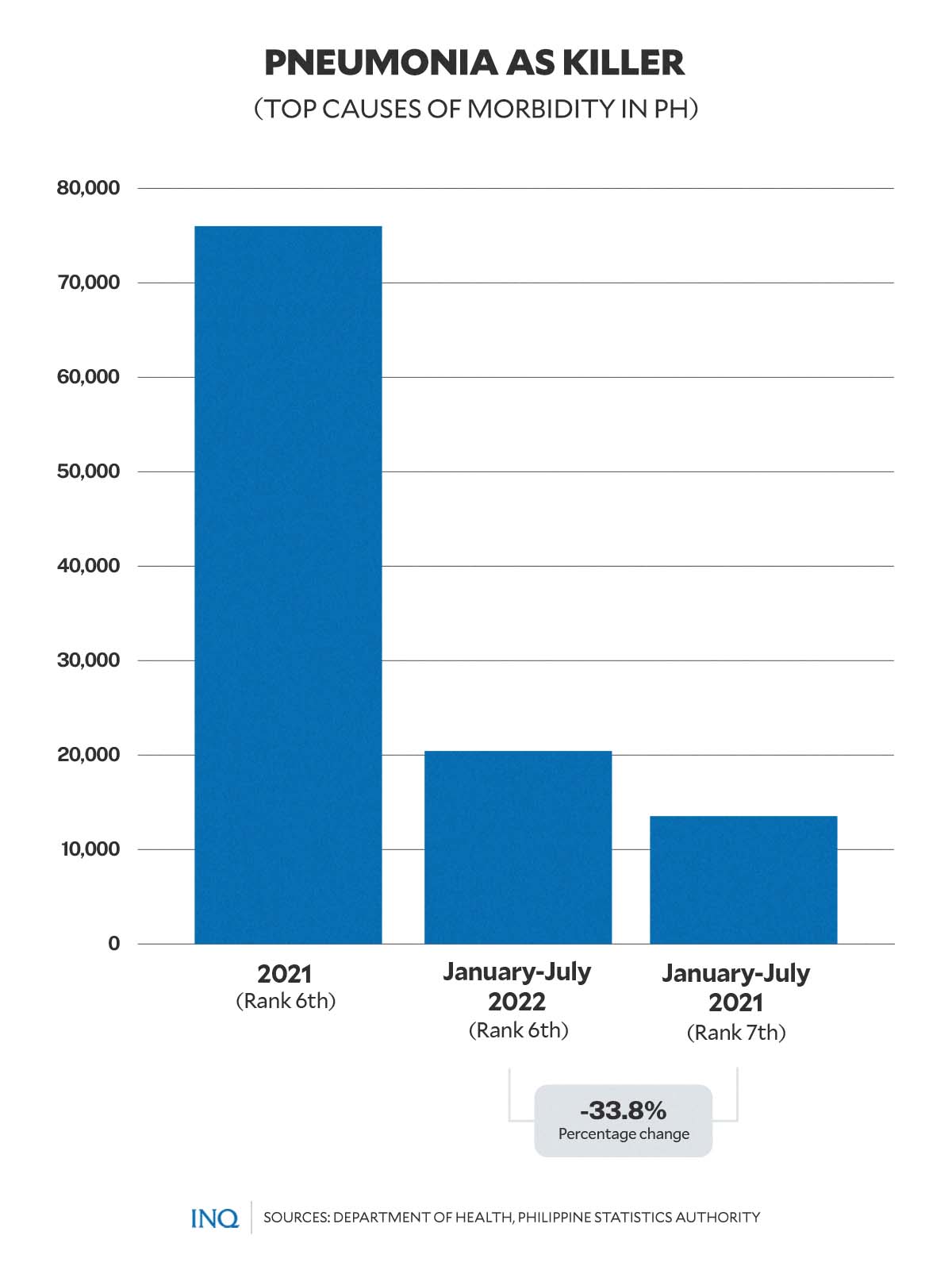 Last year, figures from the 2021 Field Health Services Information System (FHSIS) report by the Department of Health (DOH) showed that pneumonia killed over 76,000 people in the Philippines.

Alarmingly, the data also presented high mortality among Filipino children—a portion of a larger data that show how deadly pneumonia is among children across the globe.

Worryingly, Unicef emphasized that a child dies of pneumonia every 43 seconds. 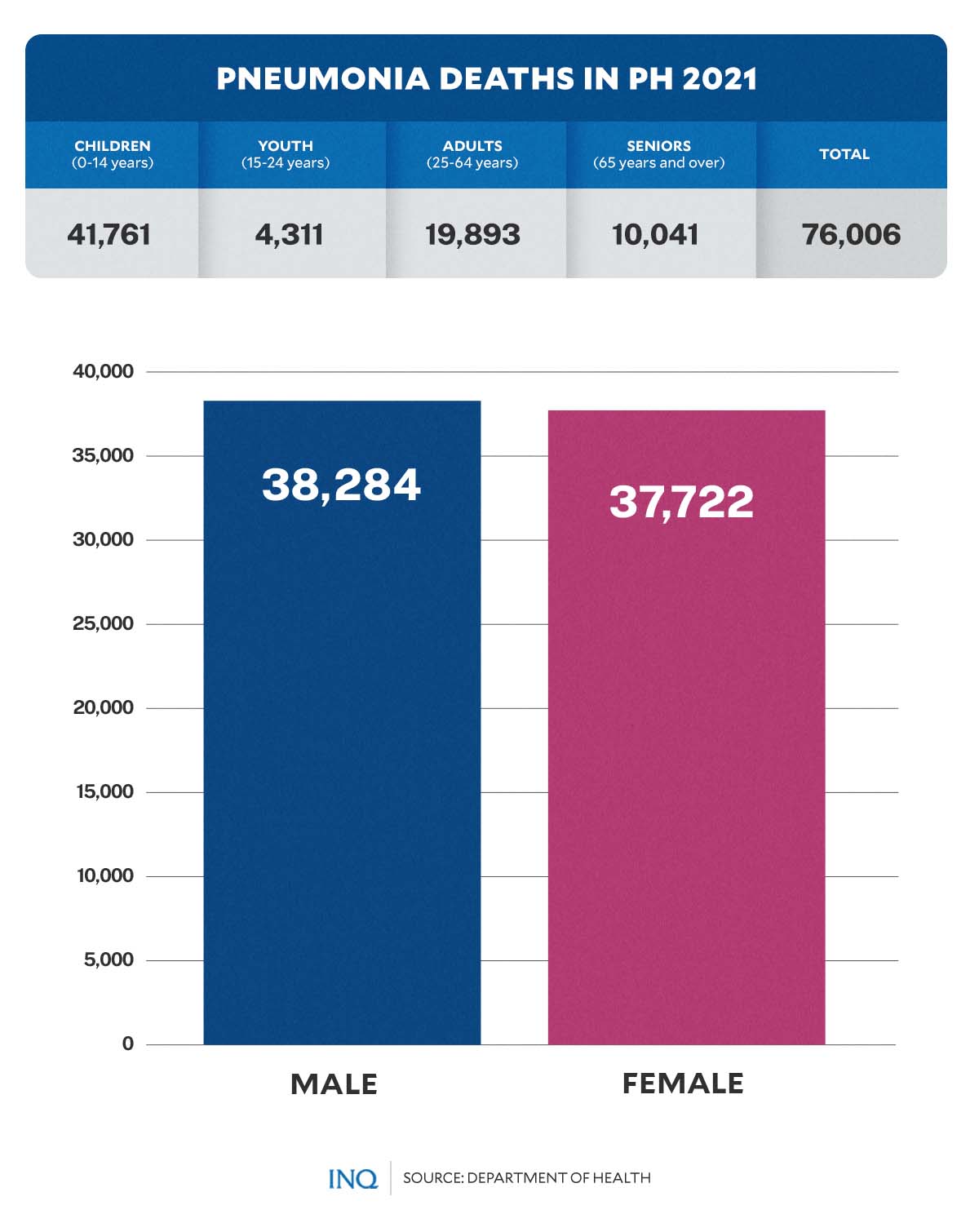 According to the US Centers for Disease Control and Prevention (CDC), the figure was “greater than the number of deaths from any infectious diseases, such as HIV infection, malaria, or tuberculosis.”

While pneumonia affects children and families across the globe, WHO stressed that deaths are highest in southern Asia and sub-Saharan Africa.

In the Philippines, a total of 41,761 children under the age of 15 died from pneumonia last year. These deaths, based on the 2021 FHSIS report, include:

An article published in the Pediatric Infectious Disease Society of the Philippines (PIDSP) Journal noted that “in Filipino children below 5 years of age, [pneumonia] is the most common cause of death, accounting for about 14% of all causes of mortality.”

However, all these cases and deaths are preventable.

Cases and deaths due to pneumonia among children can be prevented through simple interventions, according to WHO. The infection can also be treated with “low-cost, low-tech medication and care.” 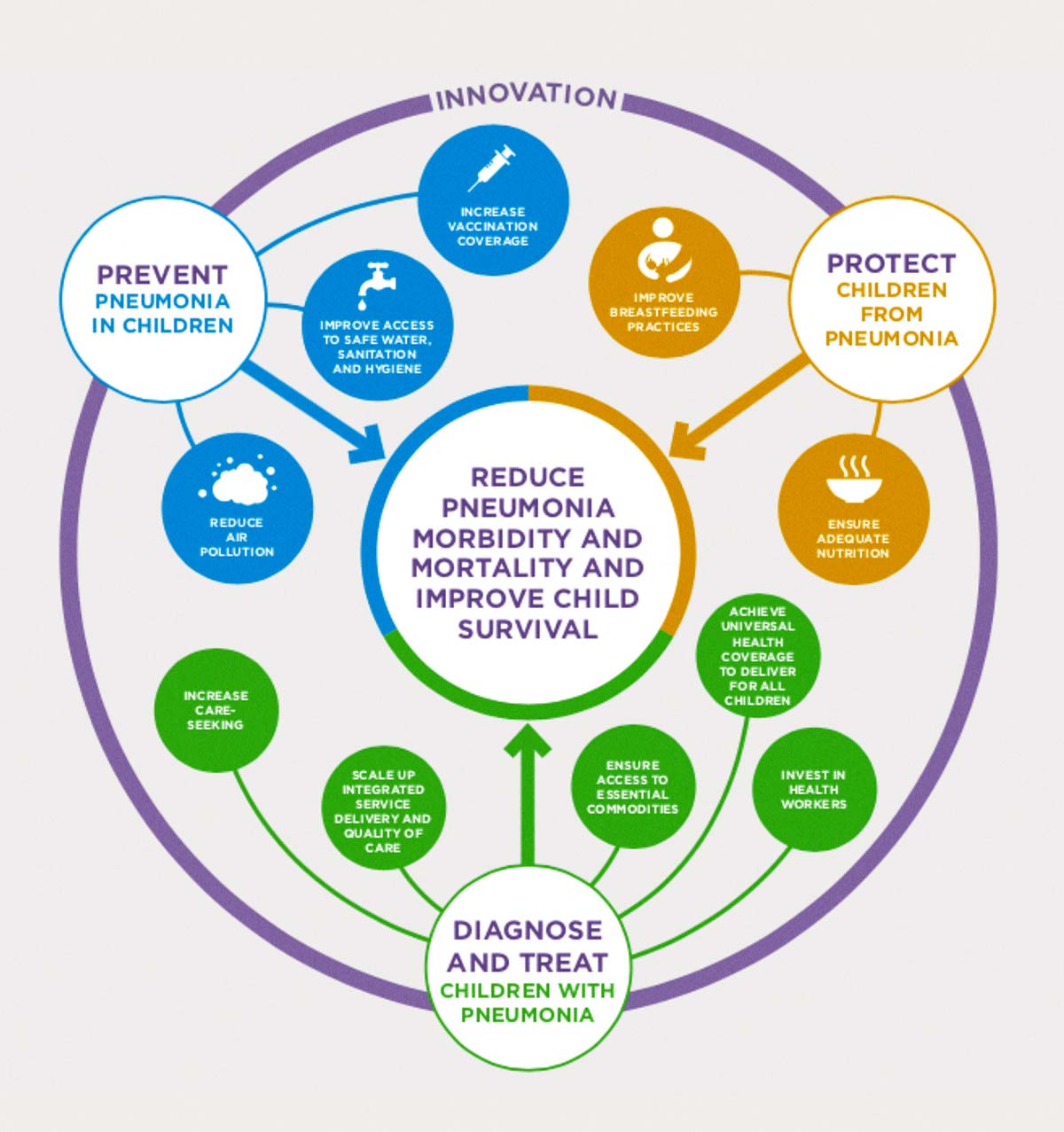 In 2013, WHO and Unicef launched the Integrated Global Action Plan for the Prevention and Control of Pneumonia and Diarrhea (GAPPD), an integrated framework of key interventions proven to effectively protect children’s health, prevent diseases, and treat children who experience diarrhea and symptoms of pneumonia.

The GAPDD follows the “protect, prevent, and treat” framework.

Protect—“Protective interventions provide the foundations for keeping children healthy and free of disease,” including:

Diagnose and treat—Urgent action and recognizing the danger signs of ARI (including fast and difficult breathing and coughing) is the first step in saving children against diseases such as pneumonia, according to WHO and Unicef.

Antibiotics is the usual treatment for most types of serious ARI, which typically cost less than 50 cents. However, WHO and Unicef cautioned that not all children with ARI symptoms must be given antibiotics. 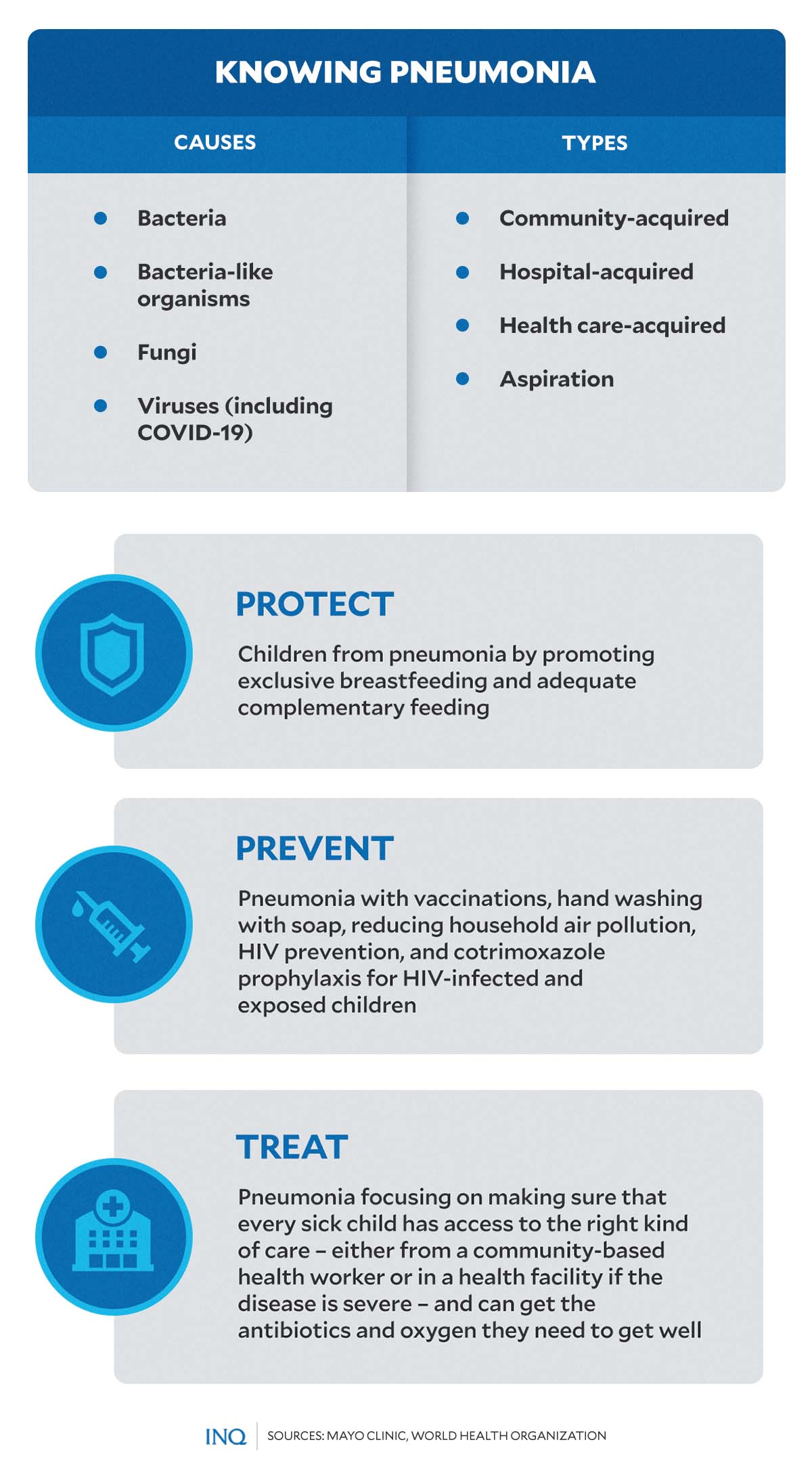 “According to the WHO and UNICEF Integrated Management of Childhood Illness guidelines, only those cases classified by a health worker as pneumonia or severe ARI should be treated with antibiotics. Moreover, not all children classified as such have true ARI,” the organizations said.

“That said, in settings without adequate diagnostic tools, the WHO/Unicef guidelines provide a common standard by which health workers can assess and classify bacterial ARIs requiring antibiotic treatment.”

However, not all children with ARI can get treatment.

Data from Unicef showed that poor children living in rural areas are less likely to get treatment for symptoms of pneumonia than their wealthier and urban peers.

Only less than two-thirds—or about 60 percent—of children with symptoms of ARI globally were taken to a healthcare provider in 2021.

“Although it cannot be assumed that all children with symptoms have bacterial ARI and should receive antibiotics, the data indicate a big gap in the likelihood of treatment between the richest and the poorest (72 percent and 55 percent, respectively),” Unicef said.

Around 57 percent of children with symptoms of ARI who are living in rural areas were taken to a health facility, while 64 percent of their peers from urban areas were given medical attention.

Dr. Jaime A. Santos, former head of the Infectious Disease Section of the Philippine Children’s Medical Center, said in his article in the PIDSP Journal that the economic burden of pneumonia in the Philippines is huge. 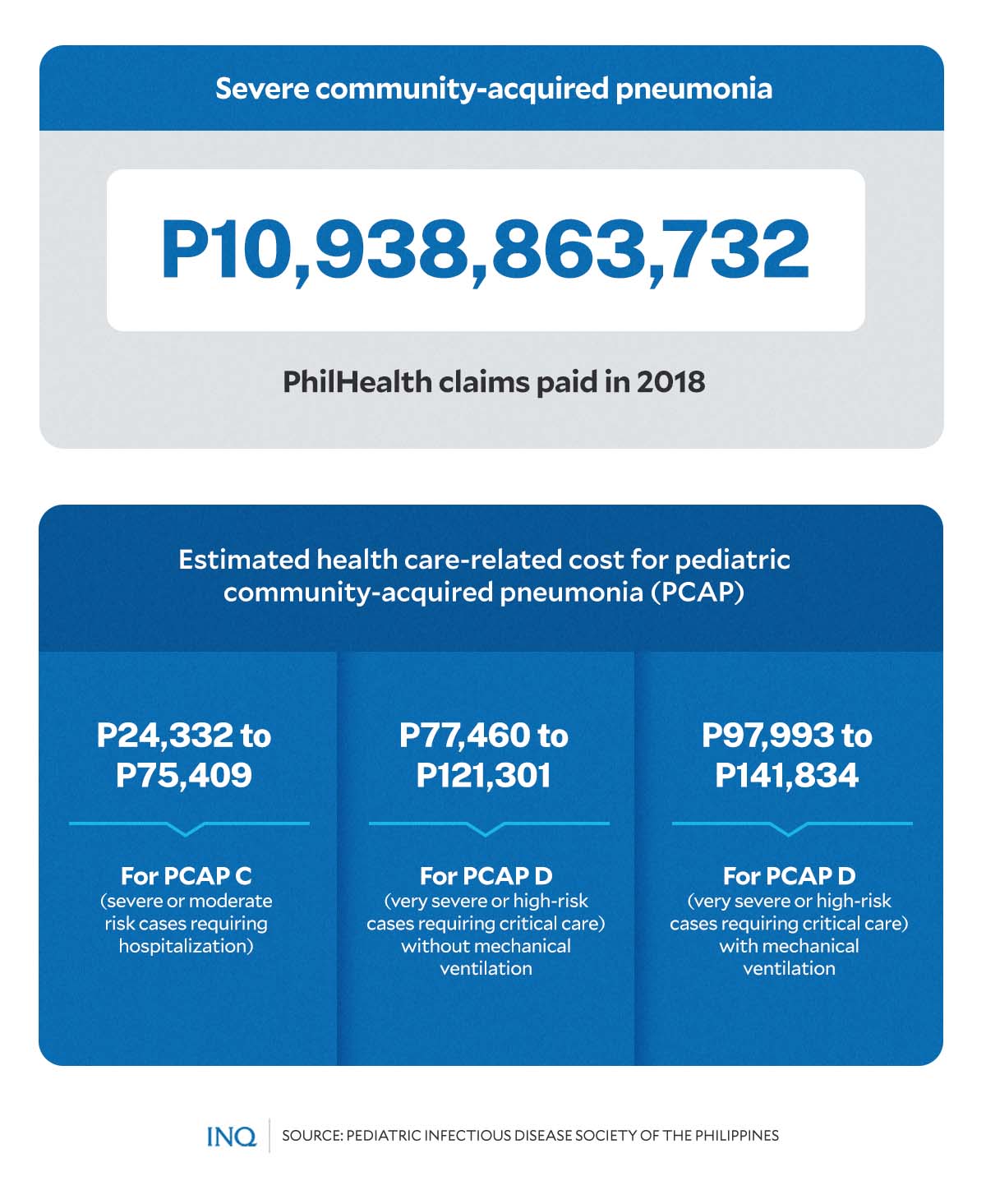 Citing another study, Santos noted that the estimated healthcare-related cost for pediatric CAP (PCAP) amounted to:

“The estimated health care cost of hospitalization is markedly higher than the PhilHealth case rate payments. As per the study results, the economic burden of pneumonia is, thus, significantly higher than PhilHealth estimates,” the authors of the study concluded.