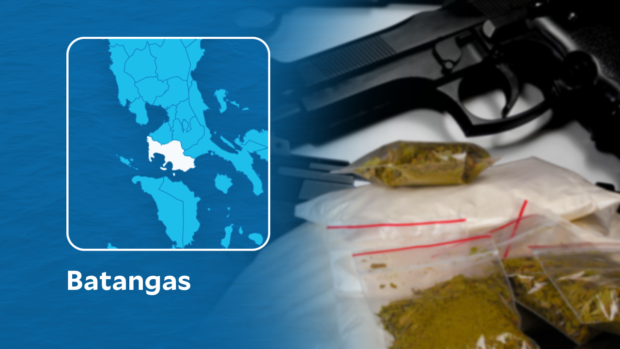 The Batangas police reported that members of the Nasugbu police drug enforcement unit collared at 7:55 p.m. Crisanto Sumanguid and Jeffrey Tenorio after they allegedly sold “shabu” (crystal meth) to an undercover cop in Barangay 6.

Seized from the suspects were two sachets of meth worth P7,000.

The suspects were detained and charged with violating Republic Act 9165 for possessing and selling dangerous drugs.

Sumanguid face another case for illegal possession of a firearm. INQ