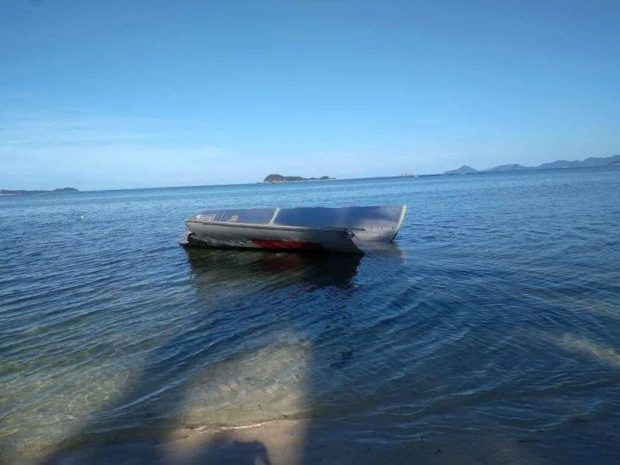 FLOATER. A photo taken on Monday, Nov. 7, by a resident in Barangay Cheey in Busuanga, Palawan shows a piece of metal believed to have been part of a Chinese rocket floating in the waters around the area that the Philippine Space Agency has earlier identified as one of the possible drop zones of the rocket which China launched on Oct. 31. CONTRIBUTED PHOTO

PUERTO PRINCESA CITY — Palawan officials said in a report Tuesday that a resident of Barangay Cheey in Busuanga town found on Monday, Nov. 7, a piece of metal that appears to be debris from a Chinese rocket Long March 5B.

Alvarez did not provide other details regarding the metal in his report to the Palawan board. He also did not say where it was being kept.

Copies of the photos that the Inquirer obtained showed a silver and white sheet of slightly curved metal with a yellow star inside a red rectangle painted on its side floating off the village shores. 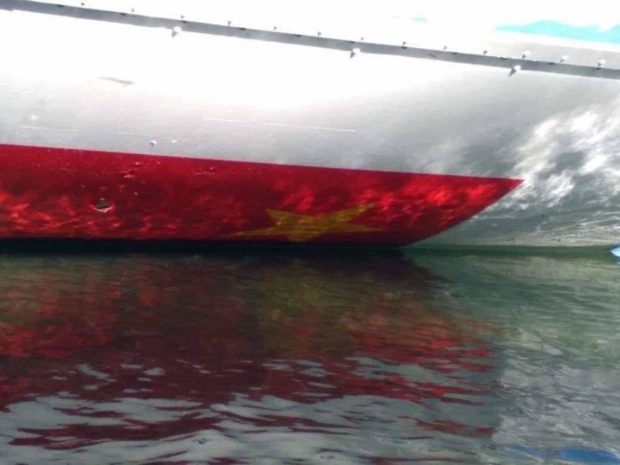 During their regular session Tuesday, Alvarez said in a privileged speech that he wanted to invite  Western Command officials and ask them to investigate the matter.

The Philippine Space Agency has earlier identified Busuanga as one of the possible drop zones of the rocket that China launched on Oct. 31, and has since issued warnings to aircraft and sea vessels to take precautionary measures against the possibility of falling debris from the rocket.

A notice that the Chinese civil aviation administration sent to the Civil Aviation Authority of the Philippines said the drop zone was about 39 kilometers off Busuanga island.

Last August, metal scraps also fell in the Sulu Sea, about 57 kilometers southeast of this city, which were also suspected to be debris from another Long March 5B rocket that China launched.