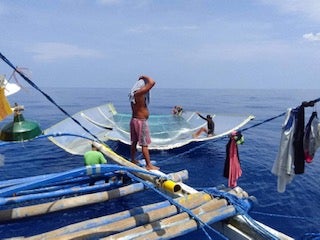 LAOAG CITY, Ilocos Norte, Philippines — The Philippine Space Agency (PhilSA) on Tuesday cautioned residents of the provinces of Ilocos Norte and Cagayan against retrieving or coming into close contact with any piece of debris from a Chinese rocket that may fall in their areas.

In an advisory, PhilSA said a Long March 7A (CZ-7A) rocket was launched at 9:19 p.m. on Tuesday from the Wenchang Space Launch Center on China’s Hainan Island.

Citing a notice issued by the Civil Aviation Administration of China, PhilSA said two “drop zones” within the Philippine territory had been identified. Drop Zone 1 is located about 71 kilometers from Ilocos Norte’s Burgos town, while Drop Zone 2 is some 52 km from Cagayan’s Sta. Ana town.

“While debris from CZ-7A is unlikely to fall on land features or inhabited areas in the Philippine territory, falling debris still poses a considerable threat to ships, aircraft, fishing boats, and other vessels that will pass through the drop zones,” the space agency said in an advisory released on Tuesday night.

In a separate advisory on Tuesday, the Ilocos Norte provincial government asked the public to “exercise caution” when passing through the drop zones.

PhilSA also urged the public to immediately inform local authorities should they spot any suspected debris floating in local waters.

The agency recalled that in July components of another type of Chinese booster rocket, the Long March 5B, landed in the Sulu Sea near Palawan province following an uncontrolled reentry into the atmosphere.

The module carried by the rocket was then part of Chinese missions to build the Tiangong space station.

“In the case of Long March 7A, the possibility of a similar uncontrolled reentry of the rocket’s upper stages cannot be ruled out at this time,” the space agency said on Tuesday.

In a briefing on Wednesday, Marc Talampas, director of PhilSA’s Space Technology Missions and Systems Bureau, said every time rockets are launched from the Wenchang Space Center in China, the debris are expected to fall over Philippine waters since “that is the path being taken by their rockets in getting their payload to orbit.”

Fishermen are often the first to come upon the rocket components, he said. Communication lines with the Philippine Coast Guard and concerned local governments are in place to inform PhilSA of the sightings, Talampas also explained.

Paul Leonard Hilario, a researcher from PhilSA’s Spacecraft Payload and Communications Systems Development Division, said people who come in contact with the rocket parts could be exposed to toxic chemicals.

“Skin irritation can happen, depending on what chemical is present,” he said.