MANILA, Philippines — Suspected fallen rocket fairings from China’s launch of its most powerful rocket have been found by Filipino fishermen near Mindoro Strait.

The wreckage, which appeared to be part of the payload module’s covers that were jettisoned shortly after launch, bore markings similar to the Long March 5B. They were found afloat by local fishermen some 27 nautical miles northeast of Dimipac Island in Busuanga, Palawan, on July 26, according to a Philippine Coast Guard report seen by the Inquirer.

The fishermen only brought back with them part of the debris as these were too large. The portion they retrieved, which measured one meter in width and five meters in diameter was turned over to the Coast Guard Station Mamburao in Mindoro. It was expected to be brought to Manila by Tuesday evening. 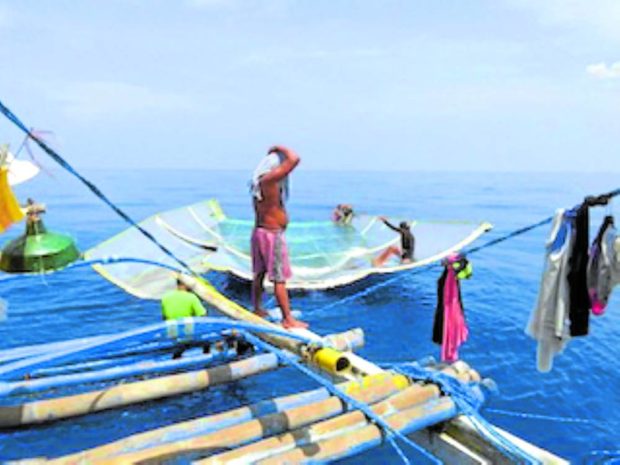 The Chinese rocket, which was launched on July 24, had been controversial after its rocket core fell to the earth’s airspace uncontrolled on July 31, five days after the fallen rocket fairings were found by fishermen. Sightings of the rocket core burning up upon its reentry were reported by witnesses in Malaysia.

The debris was reported to have fallen around 12:55 a.m. on July 31 over the Sulu Sea area near Palawan, the Philippine Space Agency (PhilSA) said.

Although the rocket parts were expected to have disintegrated upon reentry, the PhilSA advised the public to be vigilant and watch out for floating debris.

“This means we’ve been hit twice by debris from this launch: at the beginning, and at the end of the rocket’s flight,” Jay Batongbacal of the University of the Philippines Institute for the Maritime Affairs and the Law of the Sea told the Inquirer.

“This shows that the risk is higher for us, because we are under the flight path of most Chinese rocket launches,” he said.

There were no reported sightings of the Chinese rocket core debris so far, according to the Western Command in Palawan.

The National Aeronautics and Space Administration earlier criticized China for not sharing the “specific trajectory information” as the rocket fell back to earth. Beijing has previously allowed its rockets to return to earth unguided at least twice.